Pete Davidson on Kanye West | Netflix Is A Joke: The Festival

Pete Davidson took the stage at the #NetflixIsAJoke Fest to address the Kanye West questions. That “F*CK YOU!” was delivered with some real emotion lol.

Since becoming the President of Brazil in 2019, Jair Bolsonaro has signed decrees to get tough on drugs and relax gun laws. But has it worked? Not really. This is how Brazil’s deadly drug wars have been fuelled by a president who thinks the solution is to throw more guns at the problem.

Keekee sits down with Ricky Williams to talk about leaving the NFL for a bigger purpose, football, astrology & more. The host, Keekee, really has a talent for this; we are really looking forward to more of these.

David Scherrer had a close encounter with a 10-foot great white shark while spearfishing about 20 miles off the North Carolina coast. It’s the great white shark that you don’t see coming that you really need to worry about. Great footage.

Kid Cudi talks about the origin of his stage name, the time he created a fake personality for himself while serving at Applebee’s and starring alongside Ariana Grande in Don’t Look Up.

Jabbawockeez Drop a New Dance Video to Mac Miller’s “What’s The Use?”

The Jabbawockeez most recent performance to Mac Miller‘s “What’s The Use?” is incredible. It’s extremely impressive that they’ve been able to maintain their prolific careers for over a decade, while still keeping the choreography fresh. Love these guys.

If People Had Soundtracks in Real Life

Comedian Daniel LaBelle, who imagines what people would do under certain circumstances, quite amusingly showed what it would be like for people to have a personal musician, like Rob Landes, to play the soundtrack to different circumstances and emotions throughout a person’s daily life.

These Texas cops tried to detain this dude for no good reason at all, but they picked the wrong one. It just goes to show that knowing your rights and being up to speed with local penal codes can really come in handy when the cops try to push you around without any actual cause.

Shoplifter Arrested After Getaway Driver Gets Away Without Her

This footage was taken just outside a Hibbetts Sports store, showing a young girl with a large armful of Nike gear trying to get into the getaway vehicle only to find the door’s been locked. As authorities run towards them, the car peels off, leaving the girl chasing behind it only to be inevitably arrested. 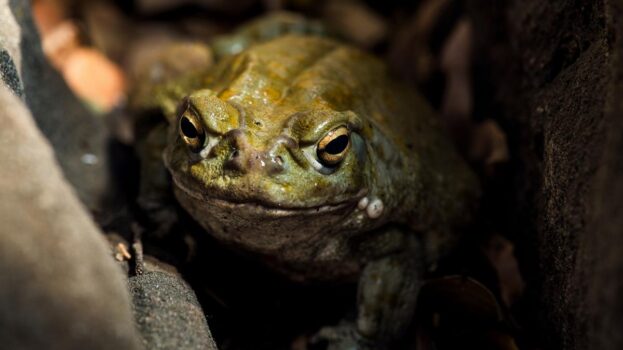 Massive anti-lockdown demonstration in Amsterdam turns into real MAYHEM with protesters mauled by police DOGS and beaten with batons.

Mark Rober is a creative mad genius. He’s a youtube content creator, and engineer, and mischievous prankster. For the past 4 or so years, he’s been getting creative around the holidays to fight off package thieves and porch pirates with his homemade glitter bombs. Ladies & Gentlemen the Glitter Bomb 4.0.

Just another day at the Australia Zoo for Robert Erwin and the rest of the staff. The gator lagoon is packed full of predators that all need a belly full of meat!