The clip kicks off with an appearance from Los Del Río performing their 1993 classic. Tyga is shown donning the same yellow suit and hat that Jim Carrey rocked in The Mask as he attempts to woo a dancer on stage. Special effects find his jaw dropping on the table, while his heart and eyes nearly explode out of his body. 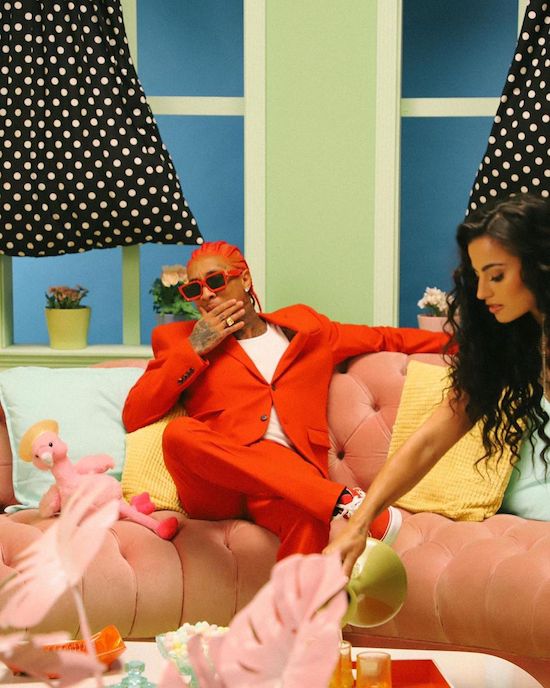