Producer duo Stööki Sound consists of Jelacee and DJ Lukey. Together they have been making huge waves over the last few years, touring rigorously and performing at festivals around the globe, not to mention racking up millions and millions of plays. They are taking over Denver’s premier bass venue The Black Box this Thursday, Oct. 25th! Fans can expect a packed house, and one hell of a party as the East London boys throw down what’s sure to be an unforgettable set. Their unique blend of hip hop, trap, and grime combined with unrivaled energy makes them one of our favorite rising acts out right now. In anticipation of the show, our own Res chatted with 1/2 of the duo, Jelacee, about their music and much more. Check out the interview below and don’t miss what might be your last chance to catch Stööki Sound before they really blow up! Tickets are available at www.BlackBoxDenver.co now!

Res: You guys recently re-located to the US. How’s it been so far and how has it affected your career?

Jelacee: We’ve been back and forth to the US for a few years now so we decided it was time to make the move. Its allowed us to be more in tune with whats going on and get more chances to meet/make new supporters at shows rather than only coming for short periods of time.

Jelacee: What happens in Vegas…

Res: Haha, have ya’ll done any fun tourist shit/partying out there (in Vegas) or is it strictly business?

Jelacee: Mostly business…Would like to visit the Grand Canyon at some point. We’ve been around quite a few places but at the moment the main thing i see is my laptop screen so we can get a bunch of new tracks out.

Res: The Legacy IV mix (which was fire) dropped earlier this year, what else is in the works? Is there an original project coming soon?

Jelacee: We have quite a lot of new music in the works, as well as our ears on a project that has no date yet. Its been a while since we really released anything so we’re getting back into the flow of things. Lots of exciting things to come!

Res: This week at the Black Box will be your 3rd stop in Denver in the last year or so but for those who don’t know, what is a Stooki Sound show like, and for those who have seen y’all before what will be different this time around?

Jelacee: High intensity, High Energy. We like to make sure that the crowd come out and forget any worries they may have and let loose. Its an all round fun experience and with every show we play we learn more and change the way we perform. No Stooki Sound show is ever the same.

Res: People feel the need to classify everything and describe your music as ‘UK Trap’ do you still feel that term defines what you are doing?

Jelacee: Right now we’re making stooki sound. We’ve never defined ourselves with a particular genre, even though UK Trap would be the most appropriate. But we’ve grown and solidified our own sound in whatever genre it may be, which will be shown on the next tracks were putting out.

Res: This is GetEmHigh.Com so you know we love weed, do you guys partake at all?

Jelacee: I don’t smoke weed anymore, thought i used to smoke a lot. It sends my anxiety through the roof now and i have stomach issues so. they work together to put me in hospital lol. Im a big advocate of weed though. I recently started looking into CBD oils so i can get the health benefits.

Res: What’s the weed situation and culture like in London?

Jelacee: Weed is still not legal unfortunately, but that doesn’t stop it from being distributed. However, from me to you, the weed is trash there.

Res: London is definitely an epicenter for design, architecture, fashion and music, and home to some of our favorite producers. What is it about the city that fosters so much dope creativity and art?

Jelacee: I feel like Londoners don’t try to copy what other people are doing. We try to create our own lanes. Thats why so many great creatives have come out of London. We constantly try to push boundaries.

Res: Word, thanks for taking the time to chop it up. We’re stoked to catch the show at the Black Box. Any closing words or shout outs?

Jelacee: Shout out to you guys for taking the time to talk to us and support! Get ready for Stooki Sound SZN! 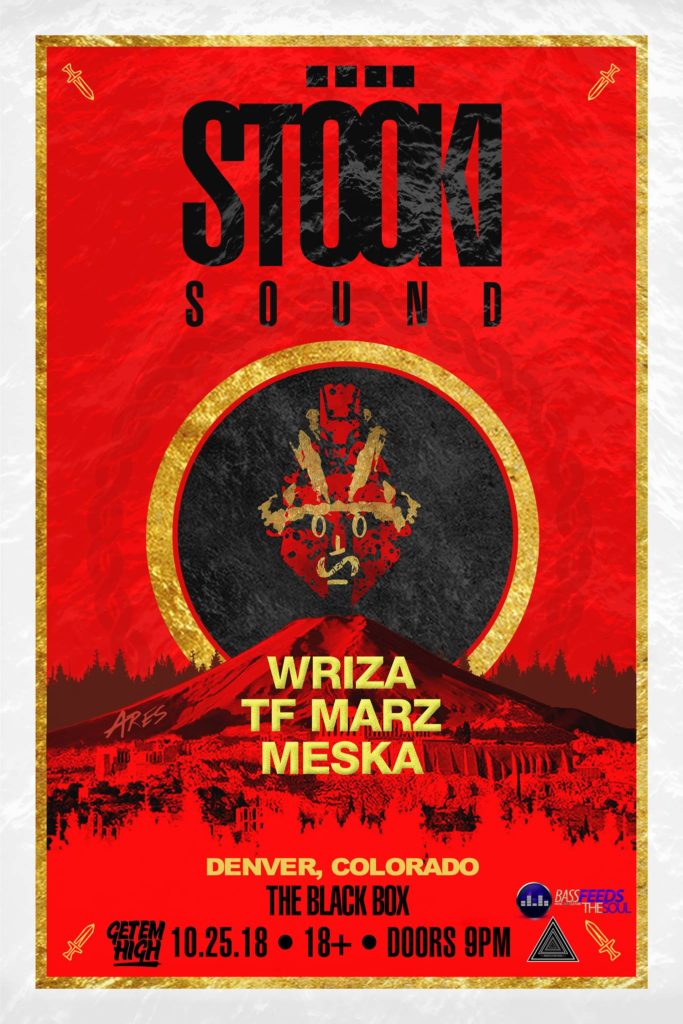