*Sponsored* Here’s Why Marijuana Should Be Legalized In All States

The legalization of marijuana is a very divisive topic in America these days. There are the folks who believe that pot is a gateway drug, and should remain illegal, as it currently is in the majority of states. Others believe marijuana hold many benefits, especially for those with medical conditions, and should be legalized in all states. The debate rages on, even as several states have passed laws legalizing marijuana, with others slated to follow suit. We caught up with some guys from a Colorado Dispensary (https://helpinghandsdispensary.com/) and got some insight about the whole thing. Here is what we came away with.

The proponents of pot state that it is a “harmless” drug, one that offers more benefits than drawbacks. For people suffering from debilitating diseases and countless medical issues, many have found solace and pain relief in the form of marijuana. From cancer to anxiety, marijuana in its many forms has been useful where conventional medications have failed. For the recreational marijuana user, they liken smoking a joint to drinking a beer after work; a form of relaxation. They argue that since other drugs like alcohol and tobacco are sold, taxed and distributed, so should marijuana. Many believe that the effects of alcohol and tobacco are worse than that of marijuana, and neither have medicinal value. Slowly, the stigma of pot smoking has dissipated over the years, much like a lingering cloud of marijuana smoke. What used to be viewed as “bad” is now being touted for its benefits, and its overall consumption is being gingerly embraced by society. Despite its tentative acceptance, marijuana advocates believe it has gotten a bad rap all these years, with portrayals of stoned teens and degenerate drug dealers flooding our collective perceptions. They are determined to sway the American public into believing what they have always known: pot has many health benefits and that regular smokers have proven that they can partake responsibly, without it leading to additional drugs or a life of crime. As a matter of fact, proponents often cite the fact that marijuana use makes you less likely to commit a crime; after all, who wants to get up from the couch, unless it’s for a bag of Doritos?

Another sound argument, related to the lack of enthusiasm put forth by stoners committing dangerous crimes, is that by legalizing marijuana, the legal system will get a break. Police will be able to focus on more serious crimes than arresting pot growers and smokers, and this will free up time and money in our courts, trying to prosecute said growers and smokers. Additionally, our jail systems will feel less of a burden because the need to house these alleged lawbreakers will no longer be necessary. A tremendous amount of money and effort will be saved by legalizing pot. Also, if pot is regulated and can be purchased at the neighborhood pharmacy, the likelihood of it being cut with other drugs is all but eliminated. Oftentimes, people who purchase illegal marijuana don’t know where it is grown or if the product is really worth what they have paid. The days of purchasing oregano or pencil shavings—yes pencil shavings—and passing them off as marijuana to an unsuspecting buyer would be history if pot were finally legalized and controlled.

There’s a lot of money to be made, as well, by legalizing pot. States that have already made the jump to legal marijuana are reaping the financial benefits. Colorado alone has made over 14 million dollars from pot sales—in its first MONTH. Much of the tax money the state is raking in has been earmarked for education. Another benefit of making weed legal is that criminals will be thwarted, halting a very thriving business for unsavory types and limiting the money being filtered to terrorist organizations. The number of legal jobs created by this industry would number the thousands, only building our economy. And by legalizing its sale and use, marijuana can be an appealing agricultural crop, especially in certain climates, where farmers who choose to grow marijuana would not have to depend upon government subsidies to make their farms profitable. Not only would they profit off of the plant, but for the uses of hemp, the fiber extracted from the plant that can be used to make clothing, paper, paneling and other materials. Most importantly, hemp materials can be produced into a biofuel, which could conceivably minimum the dependence on fossil fuels. The best case scenario would be for the hemp from marijuana plants would make farmers rich and potentially effect climate change!

As far as medical uses are concerned, the legalization of marijuana would open doors to new research. In light of the opioid epidemic, finding lawful substitutions to combat pain would be a welcomed perk to legalizing pot. This, in turn, would stand to assist the countless numbers of people who shy away from medical marijuana due to its current reputation and the ones who currently use it unlawfully. The recreational user will also stand to gain if united laws regarding pot are enacted; the fear of jail time and a criminal record will be eliminated.

The use of marijuana is a personal choice, and as adults, that choice should be ours to make. Unjust, outdated laws prohibiting its use only cause normally law abiding people to be deemed criminals. While the prolonged use of marijuana has shown that people can develop a long term psychological need for it, the same can be said for drinking alcohol, gambling, and smoking tobacco but those activities are considered legal, yet their consequences are dire in comparison to pot smoking. The key is moderation, as it is with any other substance or activity. If someone chooses to smoke or ingest marijuana and they are an adult, whether it is for medicinal purposes or just for recreation, that should be left up to the individual. If your neighbor chooses to have a cocktail before dinner in his own home, it is equivalent to someone smoking pot—neither is hurting anyone but themselves, if it can be argued that anyone is hurt at all! The sooner marijuana is legalized, the sooner Americans can stop supporting drug cartels and put the money into businesses who pay taxes and generate jobs and money for our economy. 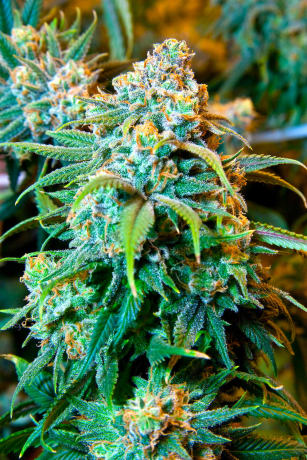