Roc Nation artist Darnell Williams, known to many as simply Darnell, is a busy man. He’s been on full court press all year dropping an onslaught of consecutive singles and EP’s, and now he’s back with his latest effort, the six song EP Bail Money, out on the newly founded and already highly respected 12 Tone records, home to heavyweights like Anderson .Paak and more. With six songs, all running less than 3 minutes, it’s clear that the young artist isn’t wasting any time on this project. Darnell is highly ambitous, highly energetic, and highly confident, and Bail Money is a bold testament marking his official arrival in the rap game.

With intense delivery, he effortlessly bounces between sharp, clever punchlines and club ready autotuned melodies to create a sound that’s both modern and original on this densely packed EP. On the heels of his continued growth and success, Darnell is positioned exactly where he wants to be, and now he’s in full on flex mode. Throughout the EP, Darnell gives listeners a glimpse into his fast lifestlye and new money. The title track and opening song “Bail Money” sets the tone for the project with lyrics like “Walk up in the bank teller lookin like ‘Damn!’ / account balance lookin’ like a n*gga do scams, AMEX bitch you know exactly who I am, all this drip on me you would think I just swam.” On the scorching hot standout single, “Turbo,” featuring Reese Laflare, Darnell demonstrates his ability to find the groove and craft a catchy hook, while the final cut “Outta Style” showcases his braggadocious verses and impressive songwriting skills.

While the EP is cohesive, each song is entirely different from the last, and together they serve as a sample platter of the many diverse styles Darnell encompasses. Without a doubt, Bail Money is his strongest release to date, and with everything falling in line for LA’s rising star, there’s no telling what this young talent will accomplish in the coming years. Check out the EP for yourself below, and look out for more from Darnell coming soon. 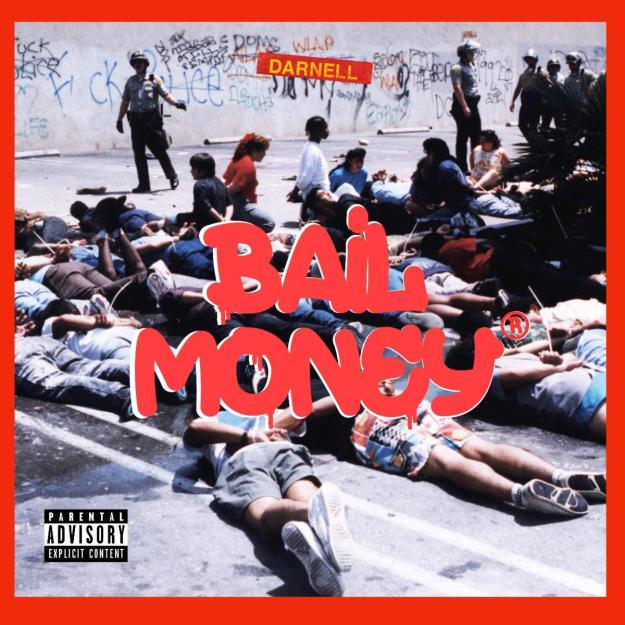