Preview: Lunice Takes Over The Black Box in Denver 2/28

Montreal based DJ/Producer Lunice is one of the music industries best kept secrets. While his accolades as a record producer, and member of duo TNGHT are more than extensive, he maintains a relative level of relative anonymity in the public eye as a solo act. His talent stretches from production and DJing, to dancing and performance art, and everything in between, and he’s earned the respect of many of the top names in music throughout his career. He’s finally getting more and more attention with his genre bending style that draws heavily from hip hop and trap roots. With intricate textures and some of the snappiest drums you’ve heard, Lunice has honed a razor sharp, and often dark sound that is both entrancing and unpredictable. This rising star is constantly in the studio, but he’s doing a limited run of a few North American dates that includes a headline appearance at Denver’s award-winning venue, The Black Box, on Feb 28th!

Lunice is known for throwing down super energetic sets, so our expectations are high for a hard hitting night of slappers. Plus, the venue’s custom Funktion 1 system is sure to lend itself to Lunice’s detailed soundscapes nicely. If you aren’t familiar, check out his recent set from the Boiler Room stage at Appelsap Festival a while back to get a feel for what you might see. Get there early to catch Red Bull Sound Select artist Milky.WAV who will definitely be throwing down a dope set of his own. 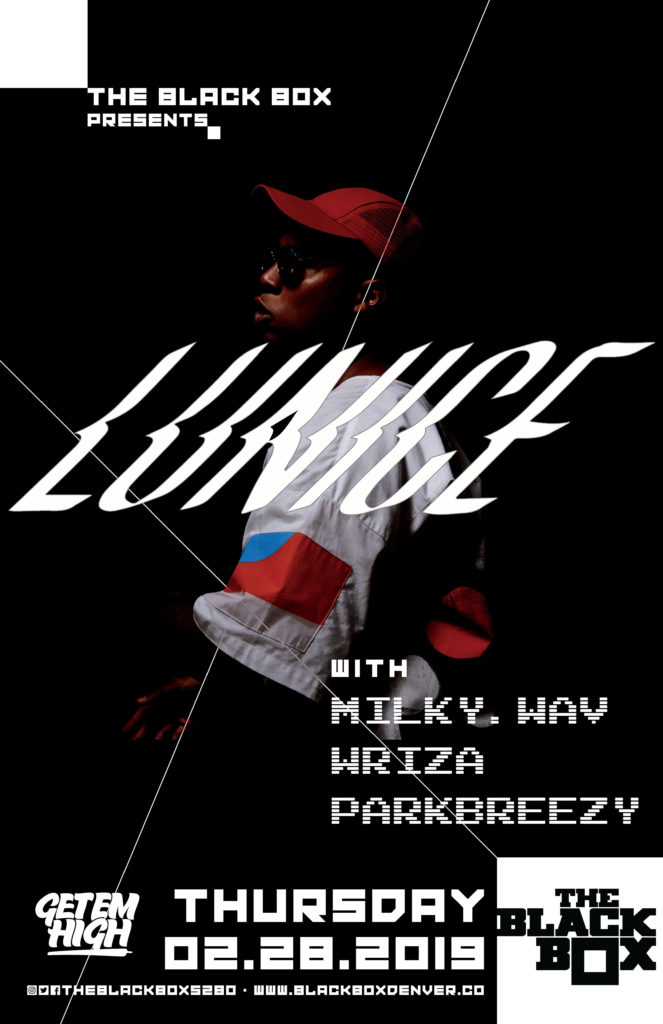