Producer G Jones has come up the right way. He’s slowly and steadily built up a cult following through consistently releasing quality music and relentlessly touring. No pop gimmicks, or crutch collabs, just consistent grind and a vision. He’s currently in the depths of his biggest tour yet, the massive 30+ city The Ineffable Truth Tour in support of his excellent debut album by the same name. He’s making a stop at Denver’s famous Fillmore Auditorium, and this is one show every bass head needs to catch.

Since the tour is named after the album, we can only expect to hear most of the material from The Ineffable Truth, which is fine by us. The show should have all the wobbles, hard hitting drums, and unique soundscapes we’ve come to expect from the prolific, young producer. Thanks to his carefully curated black and white brand, it’s difficult to tell exactly what the visuals will be like at the show, but knowing G’s excellent taste level, and with the tour being labled an A/V experience we can only expect it’s going to be off the chain. Check out some of the footage below from his early rehearsals, and don’t miss the chance to see one of electronic music’s brightest talents in a relatively intimate setting at The Fillmore. Plus some of our favorite up and coming acts Ivy Lab and Stooki Sound are on the bill as openers. Get tickets before they sell out here, and show up early to avoid what’s sure to be an insane line. We’ll see you there! 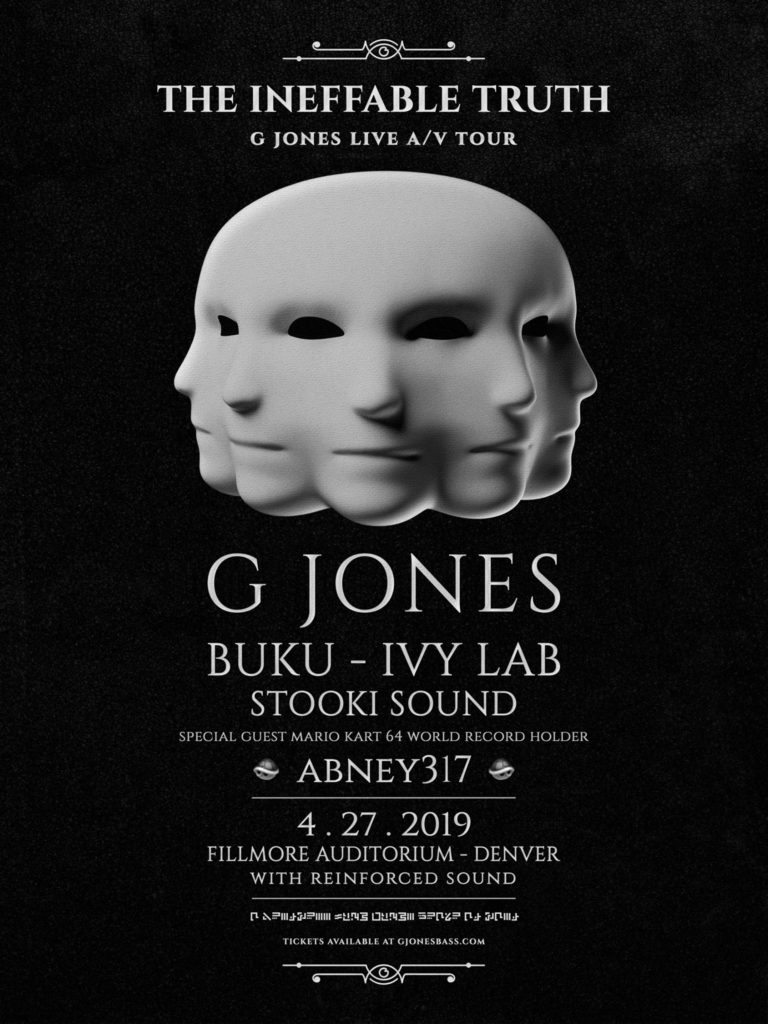