On the heels of her 2017 debut album, I, which received widespread critical acclaim, R&B singer Niia continues to release new music and collaborations with the likes of Goldlink, Gallant, and many more popular artists. She’s currently on a national tour with electro/jazz singer Charlotte Cardin, and we were lucky enough to catch an intimate performance at Denver’s Globe Hall.

A 2 piece ensemble that consisted of live drums, and an impressive synth player laying sparse chords and textures left plenty of space for Niia’s gentle yet powerful vocals to fill the room. With diva like confidence, dressed in black, Niia passionately performed under soft blue lighting accented by solely by a hot pink neon sign bearing her name in cursive, all contributing to her minimalist and highly tasteful aesthetic. Using the breaks between songs for some funny banter or brief explanations of her songwriting inspirations, she let her heartfelt lyrics and earth shaking crescendos do most of the talking. By the third song “Hurt you first,” (one of her most popular) she had captured the full attention of all in attendance. After doing a few newer songs, and several more cuts from I, she humbly thanked the adoring audience, and quietly left everyone with the feeling they had witnessed something special. We have a feeling next time you see Niia it will be on a much larger stage. Check out the images from our good friend Blake Jackson below, and be on the look out for more from the talented rising star Niia. 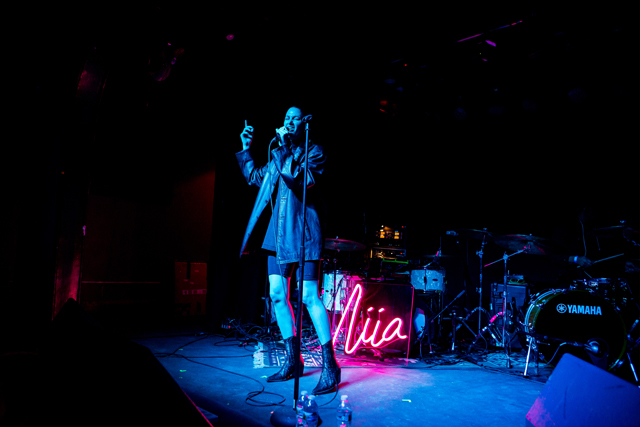 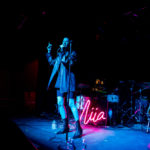 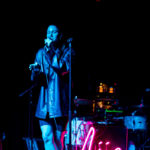 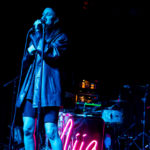 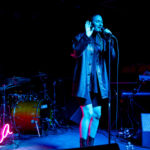 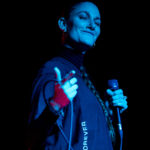 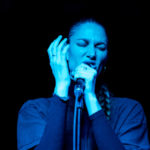 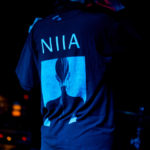 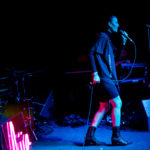 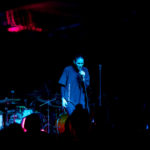 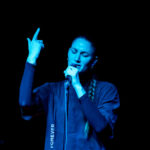 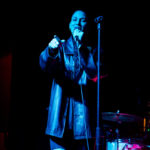 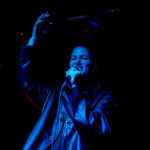