The inaugural Grandoozy has come and gone, and the organizers of Superfly (the minds behind Bonnaroo and Outside Lands) can claim another successful event to their name. Growing pains are to be expected with any opening, but over the weekend they were impressively minimal, centering largely on the difficulty of concert-goers’ arrival and exit. What most will remember, whether they purchased a one or three day pass, is the relentless talent that radiated from the four stages in Overland Park. Check out the breakdown of our favorite performances from each day.

Friday’s lineup was stacked with recognizable names, and having to choose between great shows at different stages presented the tens of thousands in attendance with the best kind of problems. Bishop Briggs was an early slot the first day and the surprise standout from the weekend. Ty Dolla $ign reminded us how many hits he has to his name, and Big K.R.I.T. gave the performance that whipped the crowd into a proper festival frenzy. Miguel delivered like a true rockstar, oozing charisma and raw talent that effortlessly ate up the main stage. Kendrick Lamar’s set reinforced for everyone what fans already knew; there is no overstating his status as an icon. His Kung Fu Kenny persona was on full display, as he rocked the massive crowd with a calm that bordered on meditative. His set was a variety pack of hits and fan favorites from every album, the crowd doing their best to keep up with his seamless delivery. K Dot’s gravitas was balanced by bright and narrative visuals, with finale fireworks acting as the climax. No matter how festival-faded you might’ve gotten, no one could forget that show. 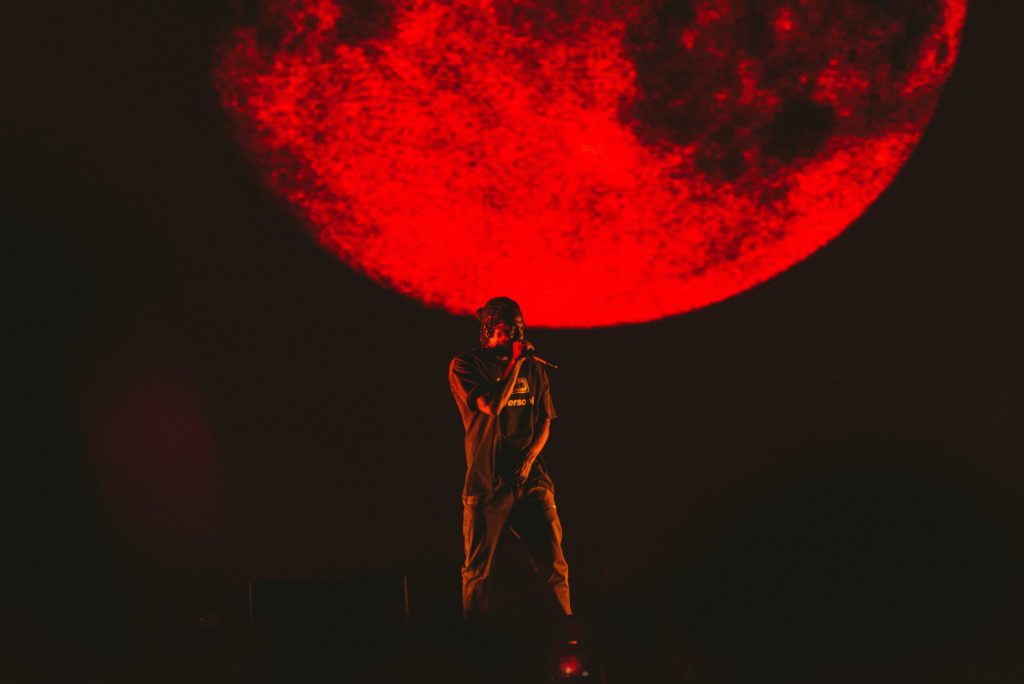 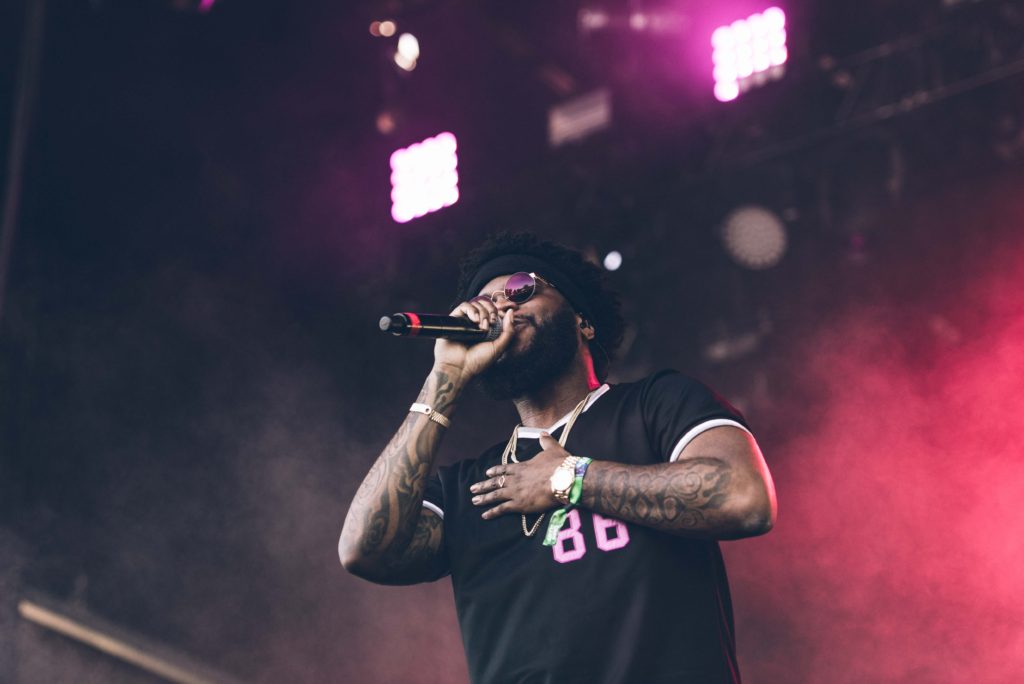 Saturday saw a slight dip in attendance early on, but by early afternoon crowds were in the spirit of things. Snow Tha Product pulled a bunch of fans onstage to twerk on the main stage, and 6lack’s slightly more downtempo vibe hit that smoky sweet spot. Sunsquabi’s set brought out the hula-hoops and light-up helmets, before Young The Giant kept the party going over on the Paper stage. Florence + the Machine closed Saturday out by taking the crowd to absolute witchy, sepia-toned church. Florence Welch alternately floated and thrashed around the stage, barefoot in a ghostly Gucci dress, her delightfully haunting vocals powerful and clear on top of that crisp-as-hell band. Whatever coven that was, we all belong to it now. 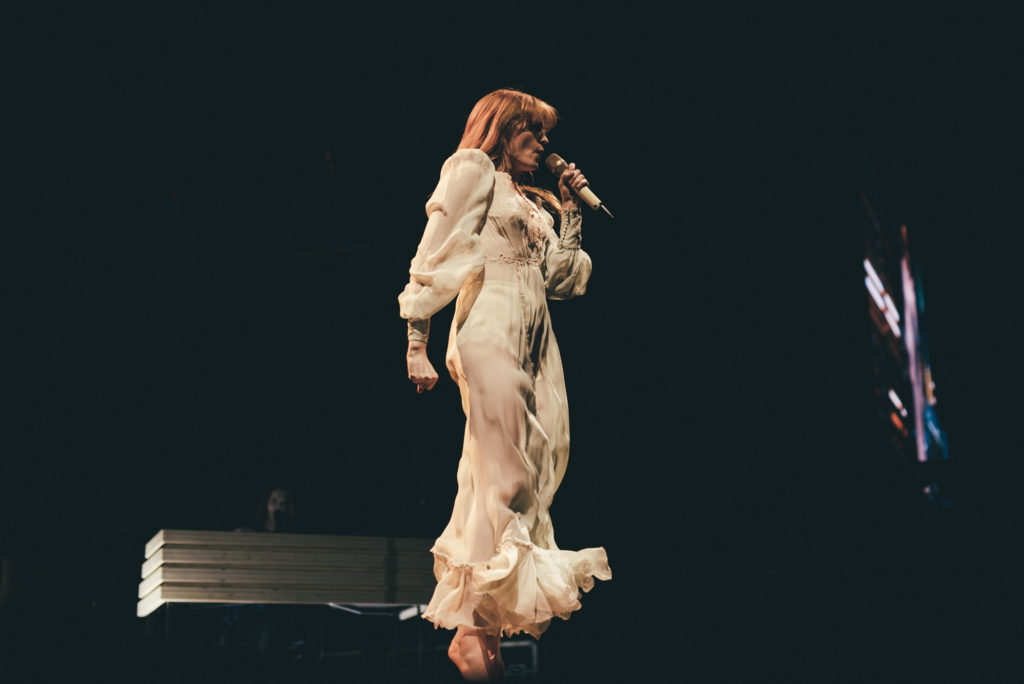 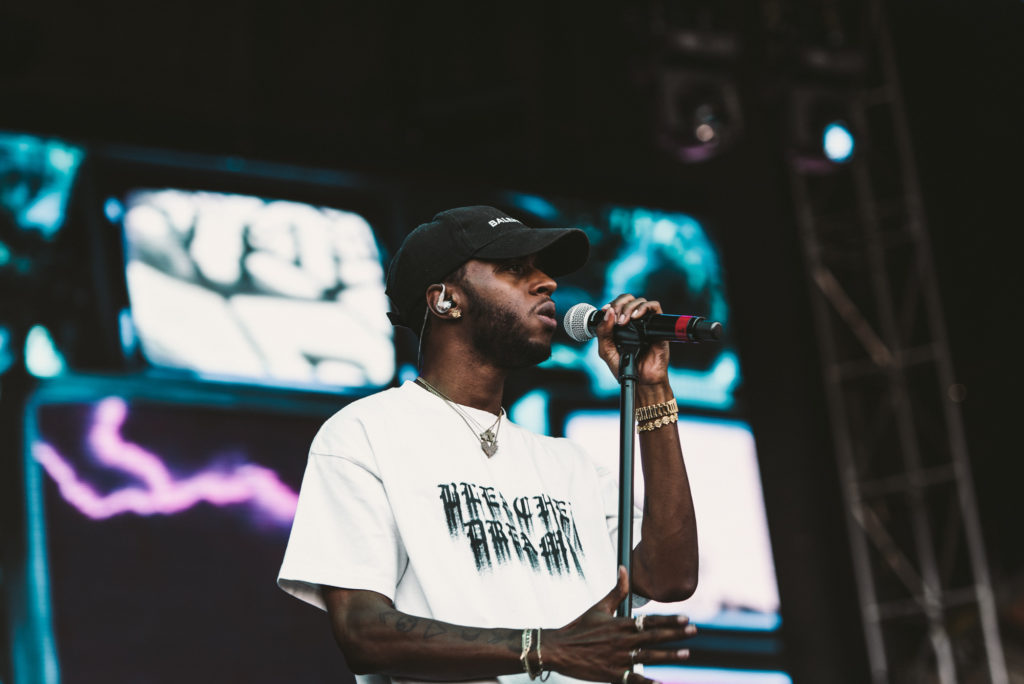 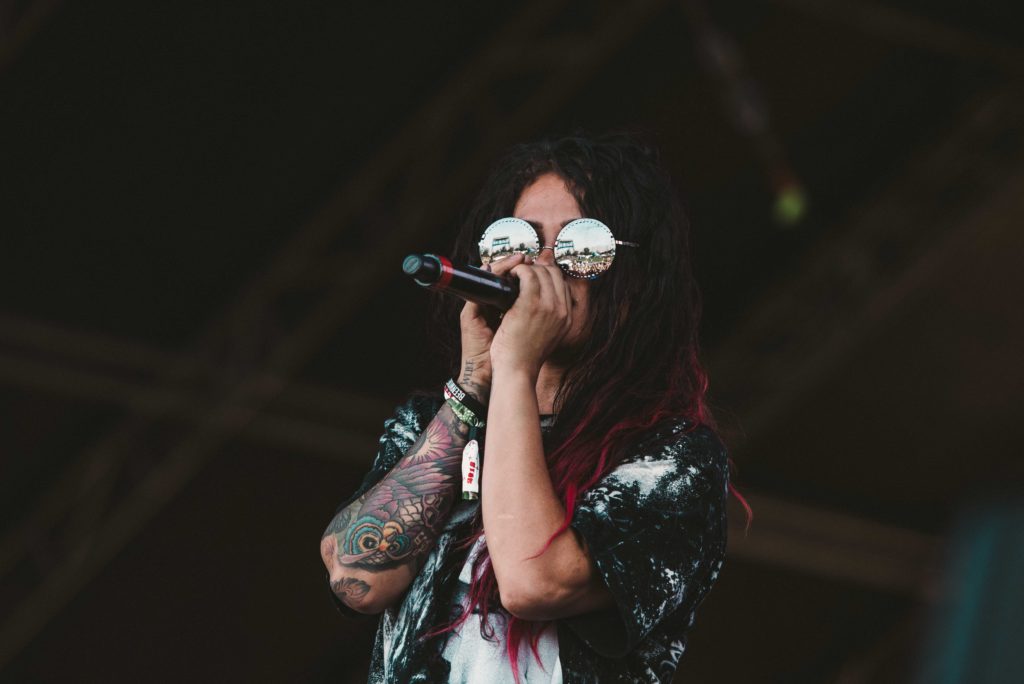 Sunday proved De La Soul not only helped lay the blueprint for rap groups, but the trio still knows how to have a sea of college kids eating out of the palm of their hand. Daniel Ceaser broke everyone’s collective heart with his intimate vocals, bottle of Hennessy in-hand because he’s unfailingly a real one. St. Vincent was the impeccable guitar-shredding ‘80s alien you’re dying to be abducted by, backed by a tight band and slick visuals. Logic warmed up the main stage and The Chainsmokers were a predictable smash hit with the Colorado crowd. Closing out the festival was the one and only, Mr. Stevie Wonder. “A Wonder Fest” rightfully glowed in massive neon behind him as he offered up his long list of classics, including an Aretha Franklin tribute. In all of his years, somehow Stevie has managed to never miss a beat. The sea of bodies never stopped grooving as Mr. Wonder gave Grandoozy the rare and cherished opportunity to see a living legend in action. 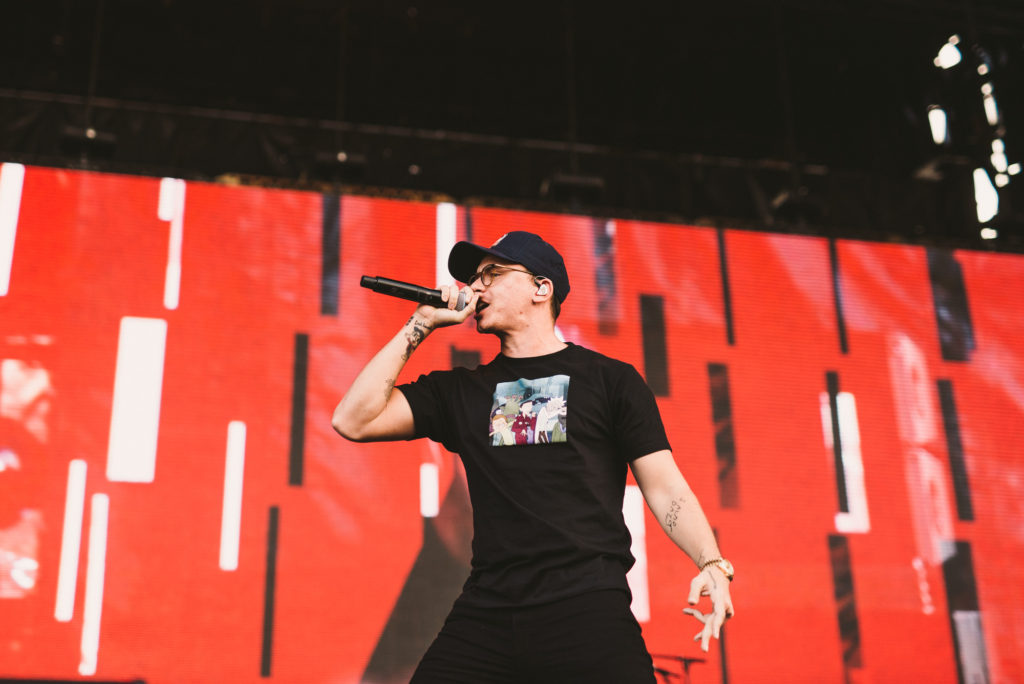 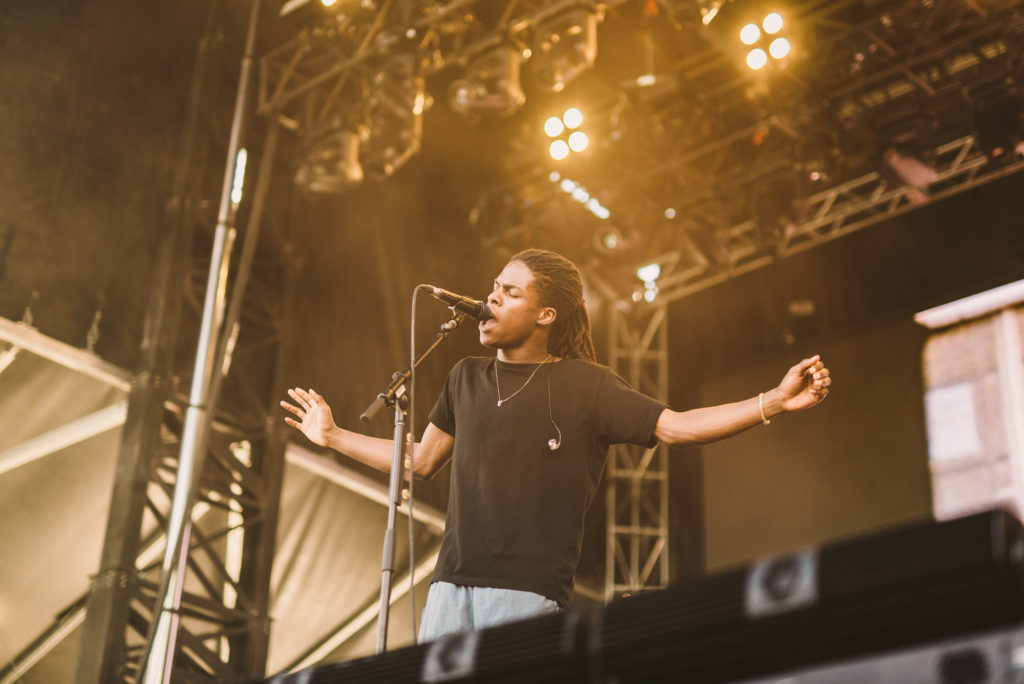 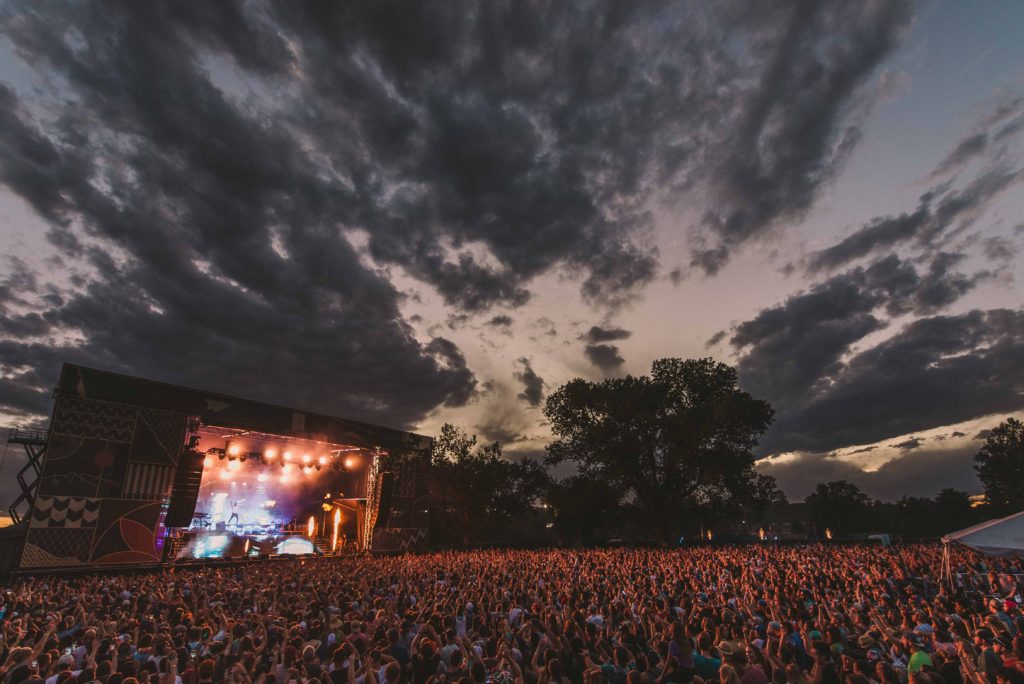 The Chainsmokers – Photo by Alden Bonecutter

The transformed Overland Park featured various homages to Colorado culture including a South Park themed area, an 80’s Ski Lodge, food and craft beer from local restaurants, and a variety of local live art and vendors, giving the space a unique feel.  For those who may have needed to catch a breather, there were free filtered water stations with manageable lines, and plenty of uncrowded open spaces between the three full-production Main Stages and several DJ areas. What a fucking weekend. See you next year. 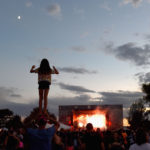 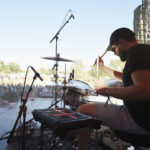 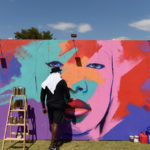 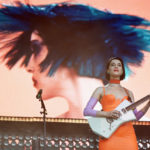 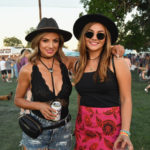 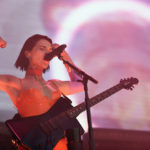 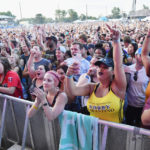 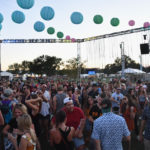 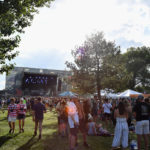 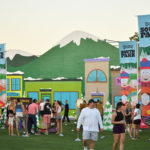 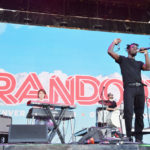 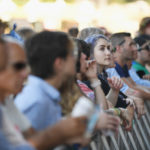 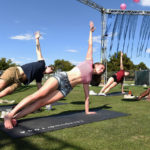 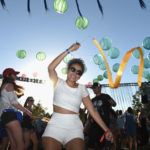 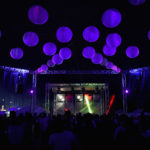 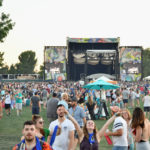 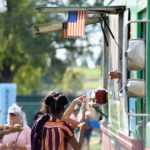