Tennessee hip hop artist Noway has been making music for years under a previous moniker, and last year he reemerged with a newly honed sound and debut album, 13. The Chattanooga rapper is back with nine more original tracks on his new EP, P.O.P. Muzik. An acronym for “Prosperity Over Pain,” The EP showcases a multitude of styles flawlessly pieced together as Noway tackles an array of real topics.

Opening the album with the energetic “The Come Up” Noway spits rapid fire lyrics illustrating the harsh realities of his environment. He explores different sounds throughout the project, finding a more relaxed vibe on the super smooth “Jump Back,” followed immediately by the scorching street anthem “This Way.” The album closes out with the poetic and aptly titled “Spoken Word.” With only one guest appearance from T Woodee, Noway proves he can carry the weight of an entire album on his own. P.O.P. Muzik is a true display of hip hop artistry, drawing inspiration from unexpected sources and experiences blending it all into an authentic and diverse sound that belongs only to Noway. Check out P.O.P. Muzik below and look out for more from Noway coming soon. 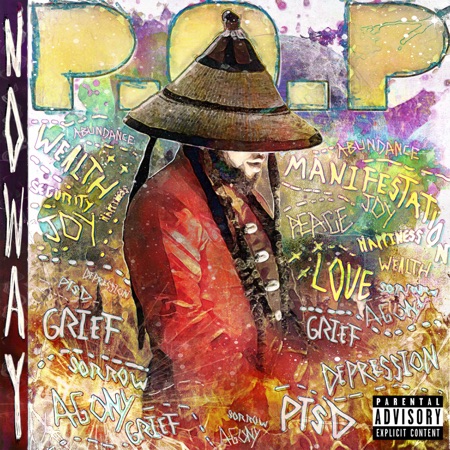