National Geographic: “Our kids have to be the guinea pigs because the government won’t legalize it”

Marijuana in the United States has been federally illegal since the Marihuana Tax Act of 1937. The substance was made illegal for a number of reasons, most of which would be questioned by today’s generation.Lawmakers made allegations such as the use of marijuana leading to rape or murder, reckless eloping, and made the racist argument of marijuana creating degenerates in the Spanish population.

Today, however, public opinion is beginning to change about the substance. Twenty-three states have made marijuana legal medically, and 4 have legalized it recreationally.
Cannabidiol oil or known by most as CBD oil is an active ingredient of marijuana. It is being vigorously studied today as a treatment for children with epilepsy, cancer or other serious conditions. One child, Millie, was diagnosed with hypsarrhythmia, an infantile spasm disorder, leading to up to 700 seizures a day. Her seizures were reduced by 75-90% within just the first 90 days of treating her with CBD oil.

Unfortunately, however, according to a National Geographic documentary, CBD oil is in short supply. In addition, longterm effects have not been established due to the limited and only recent rise in research.Parents of children plagued with diseases like epilepsy and cancer are moving to states like Colorado where they can be free to give their children effective treatments. As said by one mother, Tracy Ryan, of a child who suffers from a brain tumor, “our kids have to be the guinea pigs…the government won’t legalize it so we can do federally funded trails.” Read the full article here: www.cbdpurus.com/blog/kids-guinea-pigs-for-cannabidiol-cbd 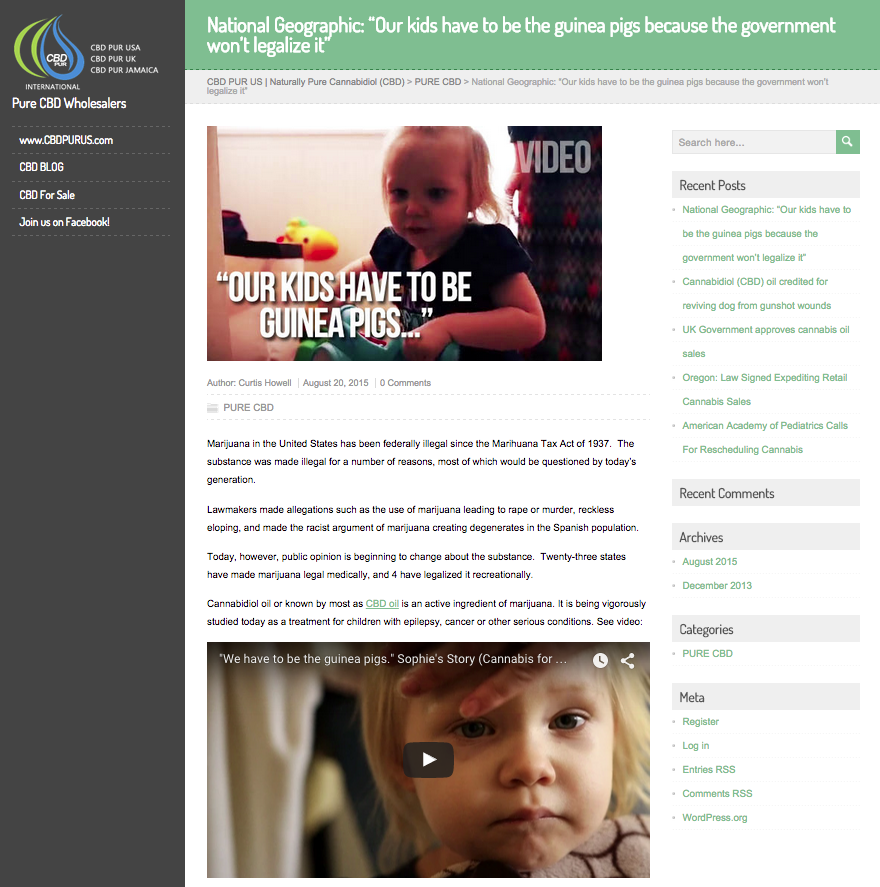