Huh, who would’ve thought: Seth Rogen and Charlize Theron are the leads we never knew we needed in a romantic comedy. In their upcoming film Long Shot (which was originally titled Flarsky, so, count your blessings), Theron plays Charlotte, the secretary of state who’s gearing up a campaign to be president, while Rogen stars as Fred Flarsky, a journalist. It just so happens that Charlotte used to babysit Fred when they were younger, and a chance run-in at a party brings them together again as adults. When she hires him as the speechwriter for her campaign? Well, sparks fly. 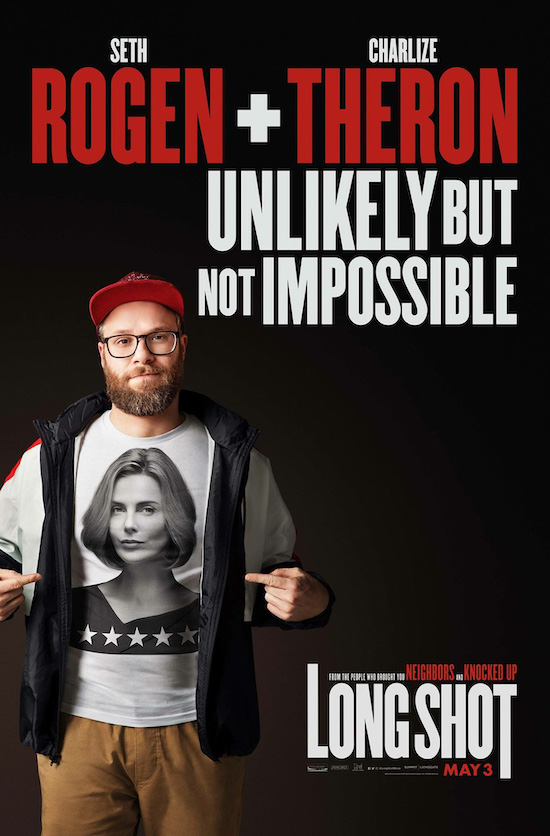