Chicago based artist Dazs has been making noise in his city with his recent releases this year. We caught up with him to find out what he’s got coming next! Check out the interview and look out for his new Sorry For The Leak mix tape coming soon!

GEH: Tell us a little about yourself and you career.

DaZs: First things first I appreciate the time for this interview, this was a process in the making for a long time. Any way, I go by the name of DaZs(Disease), but most people in the Chicago area know me by “Evo” since I grew up. Stay in Chicago, I was originally born in Lithuanian. Chicago made me and raised me, I went thru all my struggles being young. Growing up and following my goals kept me on the road. I been making music since I was 14 years old, music has always been in my environment. Either its my pops playing his guitar and records in the early years or the homies putting me on hip-hop. Being 23 now I learned from the environment I was around with “Established Society”, Being in the studio with Nathan Knew, Ill Legit, JR Blac, Black Matt, IceFace, BlacMarket, Vic Spenser, Dally Austin, etc. was incredible just soaking the knowledge in over 2 years made me have a different mindset about the music industry.

GEH: Who are some of your biggest influences in the Industry?

DaZs: When I started working on my new project “Sorry 4 The Leak” I went back the roots. My last project I was focused on promotion, distribution, placements. It came to the point where I wasn’t focused on the music as much as I should be. Before the recording process for this project I went back and listened to when I first started this music. DMX, Eminem, Jay Z, Pete Rock, Outkast, Wutang. Thats just a short list I could go on for pages.

GEH: What makes you different than other artists today?

DaZs: I fee like I have a different approach to the game them most of the cats, how they portray their image. Most of these dudes follow trends and whats popping, just to get on. Which now a days I guess is acceptable in “our” generations book. I aint a part of that at all. My music separates me from other artist just about the things I speak about, being from Chicago and what the sound we are known for “Street”. I feel my style and image is different, but I let the music speak for me.

DaZs: The underground scene in Chicago is more competitive than the Industry, that’s my opinion. You see the XXL Freshman list Chicago has been killing it the past few years. We have cats in the underground who should be on that list. I wont start name dropping for no reason but the underground scene always shows out. Its one of the most competitive cities, you gotta be on your toes all day, and just stay in with your clique Shout out to the city.

GEH: How is the new project different from others?

DaZs: When I was working on “The Care Package” I wasn’t really in the right state of mind, I had song written before the recording and mixing process. I was having problems with drugs, depression, other life issues. It took me sometime to realize whats going to happen with my life if I keep going the way I been. This project is gonna deliver soulful healing sounds, I hope people can relate and strive from it.

GEH: What would you change about music / rap today?

DaZs:A couple of changes I would love too see is no more false flagging and violent subliminal messages, its a part of the culture absolutely. I refer to violence In my songs also, but I try and end it with a positive outcome. This generation of young kids growing up, this is what they heard on a daily basis. These dudes talk about all these guns, drugs, hoes. At the end of the day more then half of them are not about the life they portray. I understand money talks but, all that “noise” is gonna die soon, no pun intended.

GEH: What’s next for Dazs?

DaZs: The next move is releasing “Sorry 4 The Leak”. After we release the tape we will have some major news via our in-house label SourBatchKids. Since we got an exclusive interview I will say one more thing, I am in the works on my new album “Pieces Of A Kid” no release date tho.

GEH: Any closing remarks or shoutouts?

DaZs: Shout out to GetEmHigh and your team for the interview first. I wanna give a shout out too my mentor and engineer Ill Legit. The homies IceFace, JR Blac, Nathan Knew, Persis, Are, Yoda, P.Soul, Victor, & Moose! SourBatchKids we the kult! 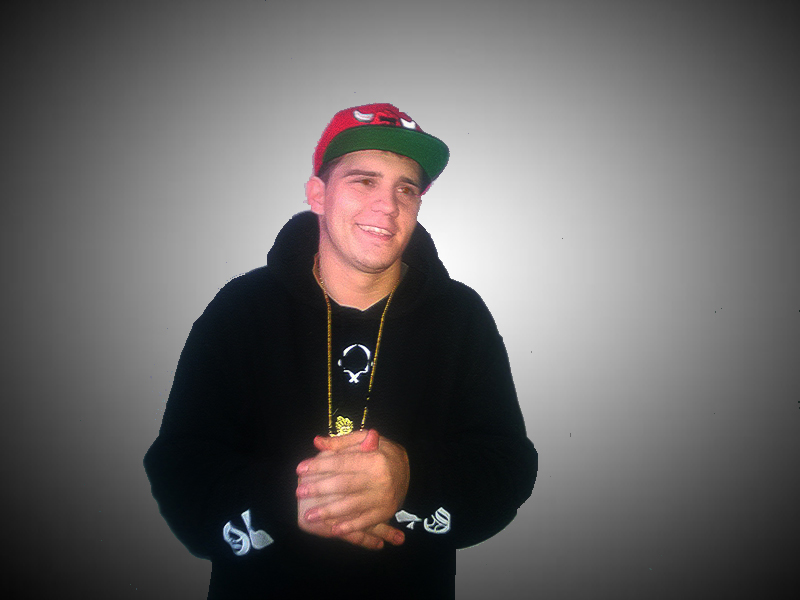