Sabrina Petrini has been making a name for herself in the pop world for a while now, and she just dropped a brand new album. We had a chat with her about the new album and more. Check it out!

GEH: Sabrina, thanks for taking the time to answer some questions. Introduce yourself to those who don’t know and give us a little background about you.

Sabrina: I’m Sabrina Petrini. Born in Sweden but LA is my home. Besides playing American Music Awards, having one of my music videos distributed on MTV, VH1 and Logo Tv and being considered for a Grammy nomination with my song “F*cking In Love” I recently released my album “I Will. I Can. I am.”

GEH: What artists have had the biggest influence on your music?

GEH: You Just released an album “I Will. I Can. I Am.” this month. What does this album mean to you?

Sabrina: It’s my baby. It’s lyrically really important to me because I’m expressing myself in a way I haven’t before. And I am expressing myself with different genres. Each song felt different to write and I didn’t want to stick to a box and only do one thing. This is also my very first solo album where I’m in charge and I got to work with a lot of amazing producers.

GEH: Who were some of the other artists and producers involved in making the project?

Sabrina: K.Chozen who worked with Katy Perry and Big Sean. Monkey Business Production. Dechard. Gabe Lopez who is on tour with Belinda Carlisle from the Go-Go’s and James Krausse who mixed and mastered artists like Beyonce, Nick Jonas and Lady Gaga.

GEH: How is this album different from other projects you’ve worked on in the past?

Sabrina: It’s the first time I’m not afraid to say exactly what I feel or things that have happened in the past. I’ve always had lyrics that say “be strong” but never really opened up who I am or dug deeper. But with years of performing you got to give it everything. You have nothing to lose. 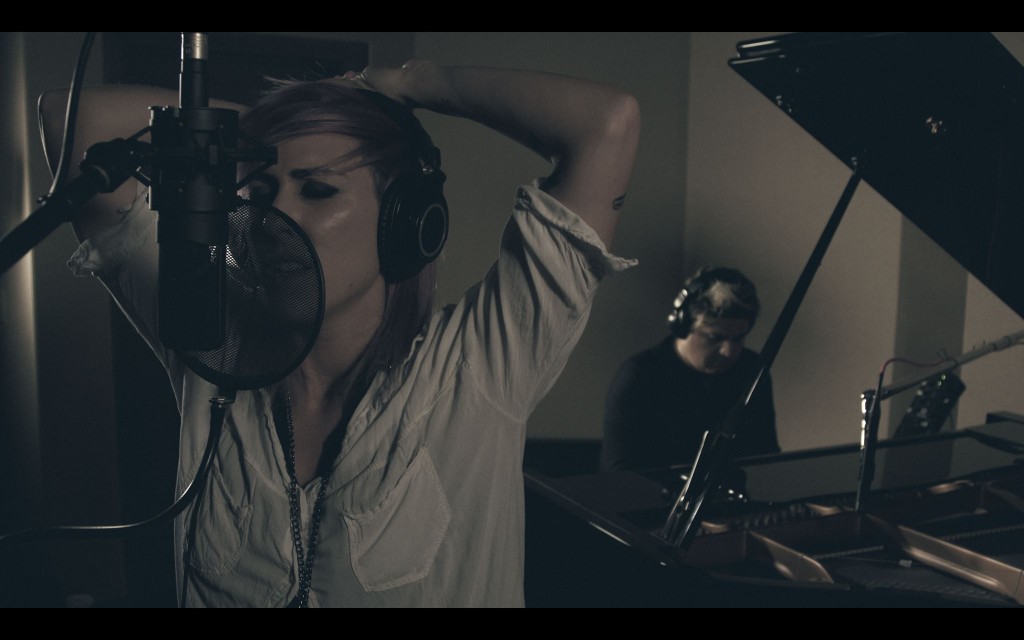 GEH: If someone could only listen to one song off of the album, which one would you want it to be, and why?

Sabrina: Depends… it’s a tie between “I will. I can. I am.” (the song) and “Know Your Worth.” …. They represent two moments in my life where I really had to gain self respect and believe in myself more than ever because I was about to lose my drive and faith in myself. Lyrically those are my favorite two of the album, but if you don’t want to be all emotional you can listen to “So Romantic”. Now that’s 3…

GEH: What direction do you see your music going in over the next few years?

Sabrina: I don’t know. I never know these things. It just happens and comes to me. One day I wanna just play piano and sing. Next day I wanna put a deep bass and do dance choreography to it. And next week I wanna do a rock song again. I’m just a very creative person and open to anything that sounds and feels good at the moment.

GEH: What other artists would you like to work with in the future?

Sabrina: Gwen Stefani or The Weeknd would be cool.

GEH: I know you just released the album, but what else you have in the works right now, and what can fans expect next?

Sabrina: Club touring until the end of the year and most likely going to release some singles with others artists I’ve been linking up with during my process of recording “I will. I can. I am.” I can keep recording forever haha.

GEH: Thanks for the interview, any last words or shout outs?

Sabrina: Big shoutout to my patient fans, I haven’t performed for a year, I really wanted to make this album special and put all my focus on it. All your encouragement during this time has helped me to give it my everything. Thank you, you are amazing and extremely important to me.