Police in several cities across the U.S. are trying to put a stop to the groups of men waging paintball battles as a part of #PaintballsUpGunsDown — an anti-gun violence campaign police are calling misguided. Detroit Police Chief James Craig said the #PaintballsUpGunsDown movement has gotten out of control and could backfire if officers mistake a paintball gun for a real firearm. 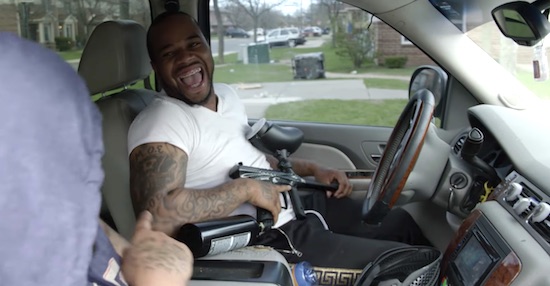