Crazy man slaps the soul out of a cop

Police were called to Fannin South MetroRail stop in the city to wait for the man who had been behaving erratically on board. When the tram pulled in and the doors opened, the man attempted to spray the Houston Police Department officers with his bug sprayer. Top notch policing from the guy who got slapped. Should be used as an example to future officers. 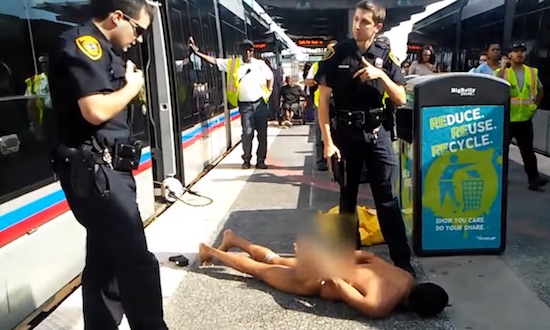