Atlanta rapper Ralo making it rain at a homeless shelter

Atlanta rapper Ralo is making news after the stunt he pulled at a homeless shelter in Atlanta. The proposition of giving thousands to those in need sounds like a good idea in theory — except for the part where Ralo literally tossed money from his BMW and watched homeless men and women scramble to pick up dollars off of the ground as he looked on with his friends laughing and taunting the needy. What do you think? Legendary or disrespectful?

Ladies You gotta be careful who turn down in high school young lady look what I've became #HELLCAT #ZO6 MILLIONAIRE STILL IN THE BRICKS… Wea da hell the rest of u rap niggas??? Ft @qcmceo_p

Fuck going to the strip club, all the niggas wit money let's go to all the homeless shelters and make it rain on the poor people… #RALOHOMELESSCHALLENGE 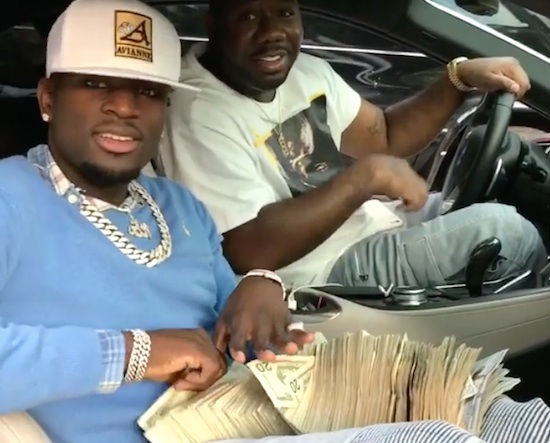