Dubai based pop artist Ariyah’s latest music video was launched this week at the i2 Club, Grand Habtoor, Dubai. The Song “Our Home” performed by Ariyah features rapper JaiC, produced by Joshua F Williams. On this original Pop/Rock ballad, an uplifting, powerful beat lays the backdrop for Ariyah to deliver a profound message, calling for peace in the region and around the world. The equally impactful visuals directed by the popular Mojtaba Komeili, depict the devastation and suffering of different people in war stricken areas. Check out the video below, as well as our exclusive interview with Ariyah herself!

GEH: When did you decide to pursue music as a career?

Ariyah: I started singing at a very young age. In fact the earliest memory I have of my childhood is an afternoon with my mother who was in the kitchen preparing dinner and mini me by her side standing in front of the TV. There was a music channel playing a sad ballad where I remember seeing this beautiful singer wearing a long gown on a stage. She had a beautiful voice. I can still remember the feeling and thinking to myself “wow, I wanna do that”. I really must have been only 4 years old.

GEH:What has your experience as a “westerner” living in UAE been like?

Ariyah: I’ve been living in the UAE, Dubai, for 8 years now. The UAE and specifically Dubai has an incredibly diverse culture and is predominantly where East meets West. I moved to Dubai from the USA and didn’t find it difficult to adapt. There are certain ‘new’ rules that you learn to adhere to but the city is by far the safest place I have ever lived in, and apart from the 4 scorching summer months, the weather year round is quite nice.  Also the city itself is fascinating on every level. It is truly an ‘Emerald City’ with its futuristic and creative architecture. From the tallest skyscrapers that overlook all of Dubai to the world’s largest malls containing attractions like aquariums and ski slopes, this city is a wonder and it’s been another amazing journey in my life living here.

GEH: What has been your greatest accomplishment in your career or life thus far?

Ariyah: Honestly, I feel like I have come a long way in my life, mostly by working extremely hard, but I also consider myself blessed on many levels. This song, ‘Our Home’ has pushed me harder than anything I have ever done. It was meant to fail on so many levels but I never gave up on it. Firstly it’s a huge project for 1 person to take on financially and physically. It’s such an important concept to me so it was either giving it complete justice or not doing it at all. Most people couldn’t understand why I would want to do a song promoting world peace and compassion. It already started with big complications when I couldn’t find a music producer for the song and it took so long to find JaiC as well.  What I love most about this project is that the song gives the listeners a chance to engage in charity while getting something in return; buying a song. I get to create my art project and the less fortunate get all the proceeds donated to them. It’s a triple win situation!

GEH: What has been your greatest challenge as an artist and philanthropist?

Ariyah: Being an independent artist means having to finance and do everything on my own. I have an 8-5 job, which is what pays for everything, but then I have my band which I manage every aspect of, I write, compose and coproduce all my songs, write my music videos and manage the whole project including wardrobe, stylists, makeup artists, cast, equipment, locations and eventually co directing and co editing the entire project. It takes a lot dedication and hard work.
As a philanthropist, I like to use my pen and music to discuss social topics. Nothing has the ability to touch people as much as music, but songs like ‘Our Home’ are not commercial enough to get radio airplay or be released under a label. I’m still extremely lucky though, to be able to create my art without backing from anyone when there is so much talent out there that will never see the light.

GEH: What artist(s) would you like to see yourself work with?

Ariyah: Mostly I would love to write songs for other artists. My songs are so diverse in their genres they can range from mainstream pop to progressive rock, many that I wouldn’t necessarily perform myself. I would also love to work with different producers. I’ve always been fascinated by all the details that go into turning a song into the final product.

GEH: How do you find a balance between family life, music, and philanthropy?
Ariyah: My life is really quite intense. I work all the time. Even when I’m out with friends, I think a lot about lyrics or the story of the new music video.. coz everything around you is an inspiration right? Anything can inspire that idea you’re looking for. I believe no success comes without sacrifice and many compromises have to be made in order to do what you love especially when it’s music. You don’t have the luxury of asking yourself how you are going to do it. You just.. do it. And I am truly blessed with some of the most amazing family and friends in my life who have been all the support system anyone can need. They know just when it’s time to catch me before I fall.

GEH: Do you have a mentor in music or are you completely self taught ?

Ariyah: I never had any kind of mentor for singing or writing growing up. Actually it’s not until about a year ago that I started training with a truly amazing vocal coach. Now I go back to her all the time for feedback on my songs, keys, dynamics, style and just about anything. She’s probably one of my biggest fans and really pushes me to excel.  My other biggest mentor now who has also become one of my dearest friends, is DJ AKS, an incredibly talented music producer and DJ who has been my biggest guide and pretty much in charge of everything related to my social media and PR. I owe so much of this project’s success to him. 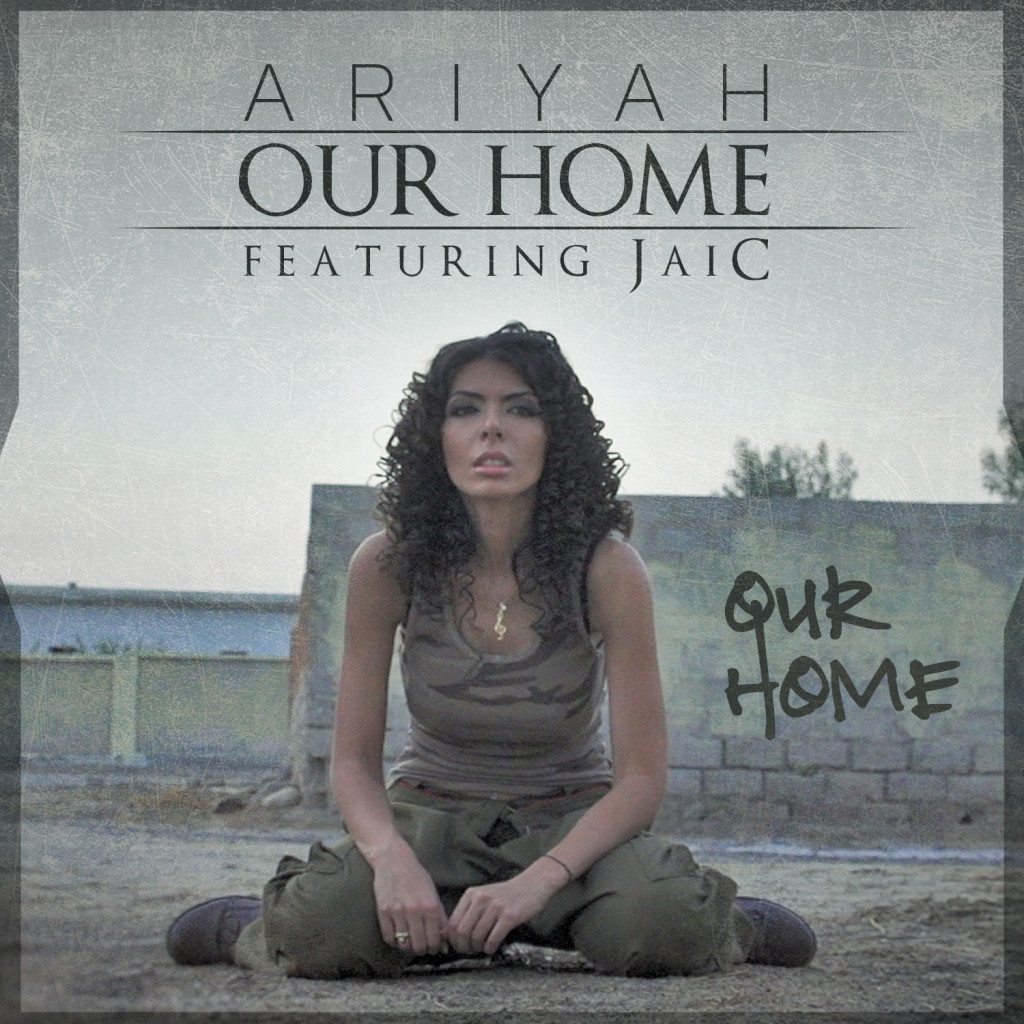