Album Review: De La Soul, and the Anonymous Nobody…

Take an in depth look at De La Soul’s and The Anonymous Nobody in our first ever album review. See what we liked and didn’t like about one of the most talked about albums of the year! 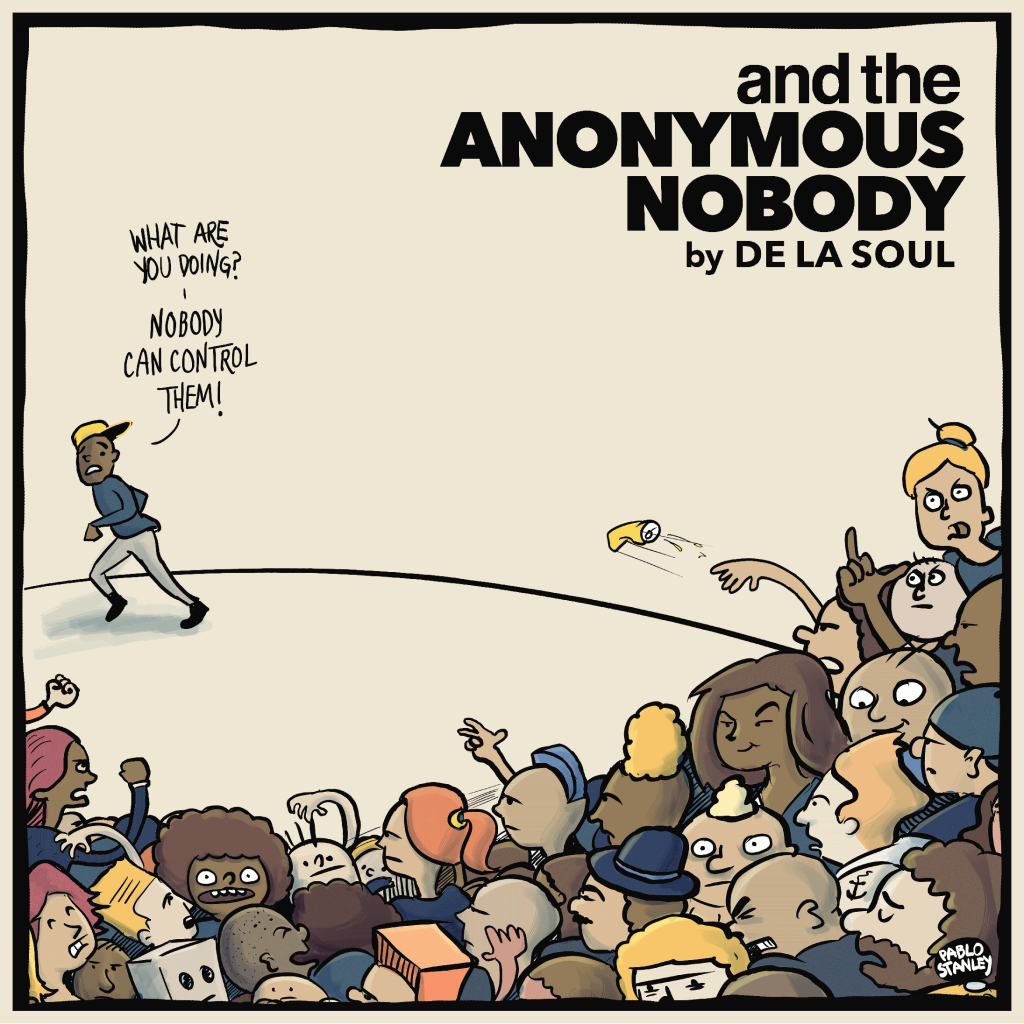 and the Anonymous Nobody, is the ninth studio record from hip hop legends De La Soul. Released on August 26, 2016, the record is entirely crowdsourced, having reached the $110,000 Kickstarter goal in under ten hours after its announcement. The record is deep, amazing, uneven and contains some of my favorite music of the year. Produced mostly in house, and released independently it is a testament to the continued vibrancy of De La Soul and independent hip hop at large, a culture that has sadly been largely subsumed by commercial interest.

For the entirety of their career De La have occupied their own lane. With each one of their releases they continue to reinvent their sound, positioning themselves outside but not wholly alienating the trends of the day. They rarely stand in opposition to mainstream stylings like many of their indie hip hop counterparts. Their attitude is not one of defiance, but one of true creative comfort. They don’t have to be contrarian haters to be original. Nobody is not like anything on the scene right now, but it isn’t strictly old purist rap either. Posdnuos, Dave and Maseo manage, after 29 years in the game, to make a record that sounds fresh, while still maintaining the old school aesthetic that made them great in the first place.

That being said it would be unfair to ignore the age of the involved parties. Snoop Dogg, Pete Rock, David Byrne (!), Usher, 2 Chainz and David Albarn are without a doubt some serious elder statesman. The resulting subject matter is often meditative, sometimes bleak, and in all cases calm and confident. So long as you aren’t expecting the youthful exuberance that once was thought to be the entire driving force behind hip hop culture, you’ll be in for a treat.

In fact, this record may very well be a solid case for the graceful aging of hip hop at large. Many listeners believed that hip hop would necessarily die young. Jokes were made about how preposterous it would be to see a gray haired Snoop and Dre slowly tottering across the stage, still boasting of their sexual prowess and gangsterism. But hip hop has grown up, has even started to grow old, and despite the presumptions that it would burn out, much of it has remained excellent. Nobody proves hip hop’s versatility across the ages. Even on 2004’s The Grind Date, the plugs were curmudgeonly. It did not suit them as well then as it does now. Experience and regret are common themes, handled with expertise and finesse.

By no means is the album perfect. The middle slumps a bit with the out of place stadium rocker, Lord Intended, clocking in at over seven minutes. The song features of the lead singer of The Darkness (of I Believe in a Thing Called Love fame), whose contribution I’m surprisingly not entirely mad at. I appreciate the willingness to take risk’s and experiment but the track just didn’t fit the laid back and far out vibe of the rest of the album.

The album was constructed out of over 200 hours of studio jamming, which was eventually taken and sampled to create the record’s 17 tracks. Despite the wide range of sounds this gives the record an unusual sense of consistency. From the straight up funk of the Snoop Dogg assisted Pain to the alien vibes of Property of spitkicker.com to my personal favorite, Whoodeeni featuring 2 Chainz, the album has a lot to offer. It’s dense without being overwhelming, intellectual without being condescending and somber while still remaining a damn good time. I’d recommend listening to the work as a whole and relishing the contradictions and diversity of and The Anonymous Nobody
– Colin Wrenn