Danny Brown is without a doubt one of the weirdest and most interesting characters in hip hop, and like him or not, his talent is indisputable. He just dropped his new album Atrocity Exhibition. Check out the review below from our own Colin Wrenn! 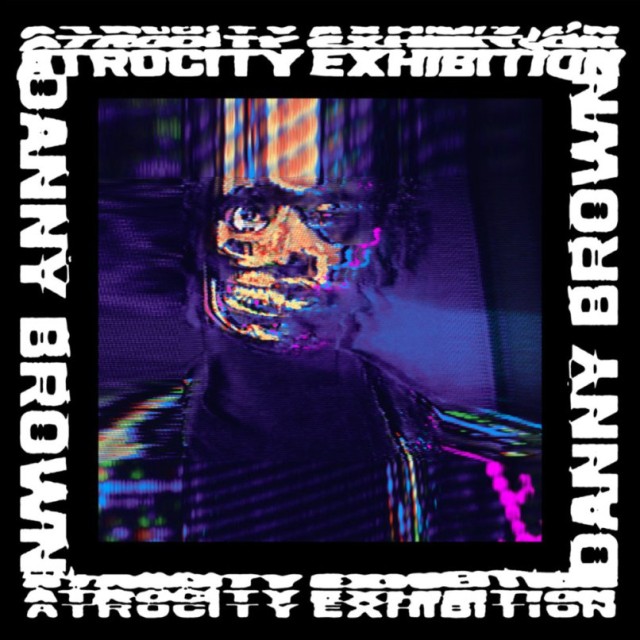 It’s hard to cut through the noise. Whether through intentional biting or innate creative similarities a lot of people wind up sounding the same. On the opposite end of the spectrum many artists develop and rely upon a shtick that is usually rooted in some kind of outlandish persona or bizarre behavior. Sometimes the results are good, but most of the time the weirdness is unsustainable. This was my concern when I sat down to listen to Danny Brown’s new record Atrocity Exhibition.

I’ve always been a Danny Brown fan. I recently rediscovered his amazing EP with Black Milk, Black and Brown, where a young, hungry Danny is just starting to develop his wild molly fiend persona. On that record he is much more subdued, and the sharp, high pitched flow that is now his staple was just beginning to take shape. When I stepped to the new record, I was worried that he might have over the years become a caricature of himself. He did not.

Atrocity Exhibition, named after both the Joy Division song and the book by J.G. Ballard is an extraordinary record. Largely produced by Paul White, it is dark, abstract, sometimes beautiful, other times cacophonous and abrasive. One of the album’s standout tracks, “Rolling Stone,” sounds like it could be ripped straight from the darker edges of Depeche Mode, while the mosh pit inducing “Ain’t it Funny” has precedent in punk, but is comprised of aggressive synths. For all the diversity, the album manages to maintain a consistent aesthetic. The chemistry between Brown and White is obvious, the british producer is perfectly suited for bringing Danny’s deranged world to life. Evian Christ, Black Milk and the Alchemist also contribute, making the production credits a true force to be reckoned with.

With the release of his singles, Danny’s persona is a lot flatter than on his records. The man is actually incredibly dynamic. He is somber, thoughtful and occasionally quite relaxed. The B-Real assisted “Get Hi” is an ode to quality cannabis, played out over an equally laid back and smokey beat. Sparse drums with washed out vocals and guitars make for an incredibly hazy listen. On “From the Ground,” featuring gorgeous vocals from Kelela, Brown is almost unrecognizable. The low, even keeled voice he exhibits here had me thinking it was an entirely different rapper. I don’t wanna say I prefer this version, but the fact that he includes it in his oeuvre is a large part of why I still mess with him.

The album is a direct response to the mandates of the character he had built for himself. In fact it is a protest. It is a dark and contemplative meditation on the freakshow nature of fame, played out in such a spastic way that it is easy to miss on first listen. Perhaps this is the intended irony. At first the raucous nature of the production makes it seem far more playful than it really is. While the show must go on, behind the curtains the anguish is palpable. This is Brown’s most honest and personal work to date, the end results are fascinating and impressive. My initial concerns were apparently his as well, with his self-awareness coming through as the record’s strongest suit.