A man having a “psychotic episode” who tried to stab a police officer with two kitchen knives has been jailed. Swansea Crown Court heard the Gwent Police officer “genuinely feared for his life”. The 37-year-old admitted attempted grievous bodily harm for attacking PC Jones after he had been Tasered. 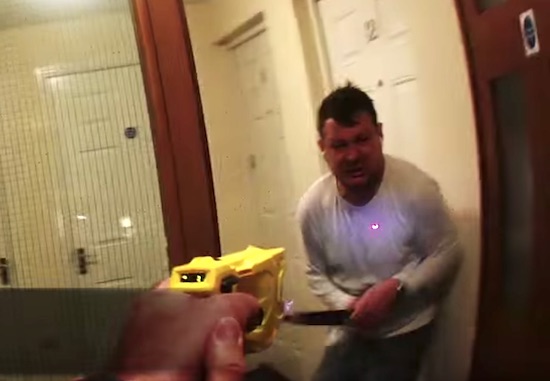 ← Two vehicular assaults in one video ← Driver Crashes into Motorcycle during a Road Rage screaming bout.