Yusaku Maezawa is going to the moon in 2023

During a news conference at SpaceX’s headquarters in Hawthorne, California, company founder and CEO Elon Musk introduced Maezawa as the first passenger on the new BFR (sometimes short for “Big Falcon Rocket”) rocket-spaceship duo currently under construction, and confirmed that Maezawa would ride in a loop around the moon. And then Maezawa announced that, although he’d bought out the whole BFR, he doesn’t want to go alone! 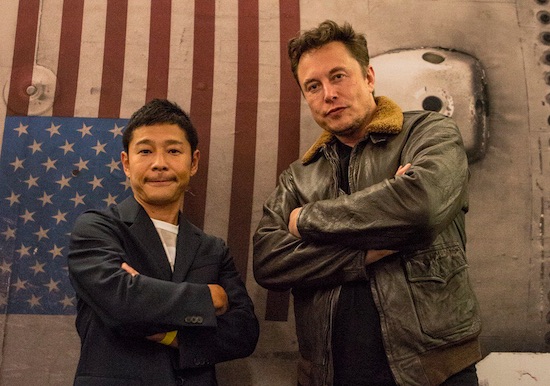