Customer Cregg Jerri, 58, snuck up behind the suspect – armed with a chair – and struck. Police say the customer took the knife and stabbed the would-be robber several times until he took off running. Police say Jerri was stabbed in the neck but will be OK; they’re calling him a hero. As for the suspect, he was found a few blocks away and will be booked when he’s out of the hospital. 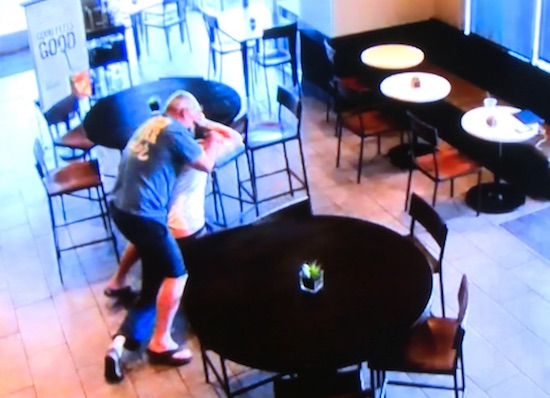