“WHEN PLAYING WITH LIONS IT’S IMPORTANT TO NEVER SHOW FEAR!”

At ‘Out of Africa’, a huge sanctuary for animals a group was waiting for a bus to take them to their next stop and the zookeeper was exiting the exhibit. It looks like the lion had enough of his zookeeper’s demonstration” lol.

Source: The Lion is Gonna Get You by ViralHog on Rumble 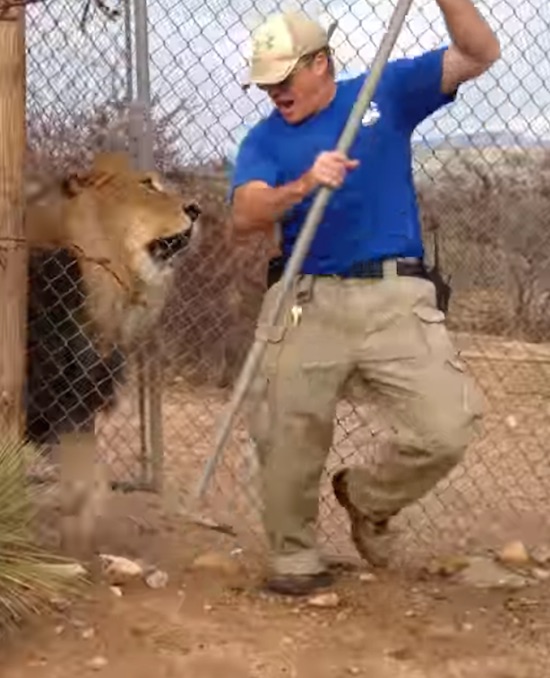