Cartoon network’s Adult Swim has long been a proponent of dope, independent hip hop. Tonight the Eric Andre Show premiers on Adult Swim, and they released footage of the closing segment, which is a treadmill rap battle between to of hip hops most relevant names, Action Bronson and Killer Mike (of Run The Jewells.) From the looks of it, these boys don’t do a whole lot of cardio on a regular basis, so you can imagine how this turns out. Enjoy! 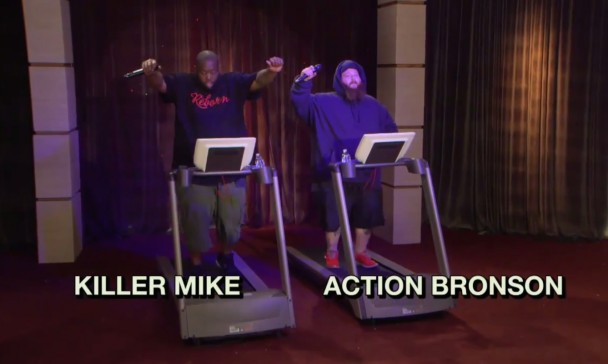