The Trump Tower Climber was spotted scaling the side of Trump Tower on Fifth Avenue in Manhattan this afternoon. Cops tried to corral the man — creating a spectacle in the heart of New York City as the real estate mogul campaigned hundreds of miles away from his flagship building. The climber, using a contraption made up of five suction cups, has been scaling the building for at least an hour. The NYPD said he was at the 16th floor around 5:30 p.m. He started climbing at the 5th floor atrium, which is accessible to the public.

Police and the fire department have responded to the scene and could be seen removing vents and breaking holes in windows of the building.

The man appeared to change his path at one point, shimmying sideways to avoid holes that police sawed into ventilation grates, where officers were leaning out.As the scene unfolded, a crowd formed below on Madison Avenue. Some people cheered the man and whistled. When the climber slipped, gasps could be heard. 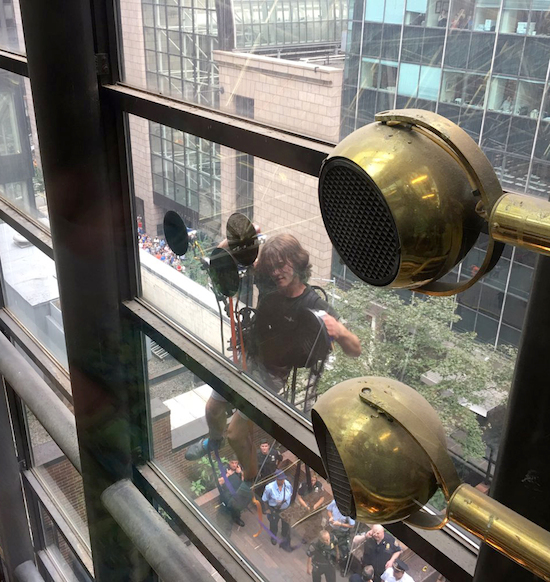