The Misconceptions of the 420 Lifestyle

The phrase “420 lifestyle” has many angles and is often misinterpreted, mostly by our elders. It is often referred to somebody who is laid back and always smokes weed—maybe to the extent of having no priorities. Furthermore, it can also be used to refer to a particular type of lifestyle — lazy individuals who smoke weed to stay away from responsibilities. Other terms such as “stoner” seems to always be linked with stereotypes, including the lazy, tie-dye t-shirt wearing hippies who ramble about UFOs or conspiracies and listen to Grateful Dead on their doorstep.

More recently, some people refer to you as being “chill.” You smile most of the time and you’re always hungry. You call everybody “dude” or “man.” Whatever…

Although these descriptions used to be partial truth 40 years ago in America, there is now a new breed of smokers who are completely opposite of these erroneous characterizations.

First, we need to look at other countries and see how they approach the subject. Do you think all people of the Netherlands are a bunch of irresponsible rebels? Not even close and it has been successfully legal there for quite some time. The substance itself has not lead to the way people feel about it, it’s more about how the media has illustrated the user-base.

Starting back in the day with the famous documentary, Reefer Madness, people actually subscribed to its conclusions. After that, in the 1960’s, a hippie movement in North America was splashed all over the media. It’s amazing how these concepts still exist today, even with the legalization movement in America.

We need to now look at today’s cannabis user and see some of the traits and lifestyle patterns that are quite contrary to yesteryear. With the legalization in California, we have been able to track who the people are who are buying the product. As it turns out, the majority are successful people. Half of the estimated 55 million people who use cannabis, half of them are parents, and the majority of them have stated that they use it for relaxation.

Although misconceptions still exist, it is clear that the country’s views are changing with the majority of millennials accepting the practice. Delivery services are growing in popularity. One company in particular, mocdelivery.com delivers edibles and cannabis to your door in 35 minutes in Salinas, California. Their company is getting rave reviews about the convenience and quality of products. This is another example of how legalization has opened up doors and made it possible for entrepreneurs to become successful. 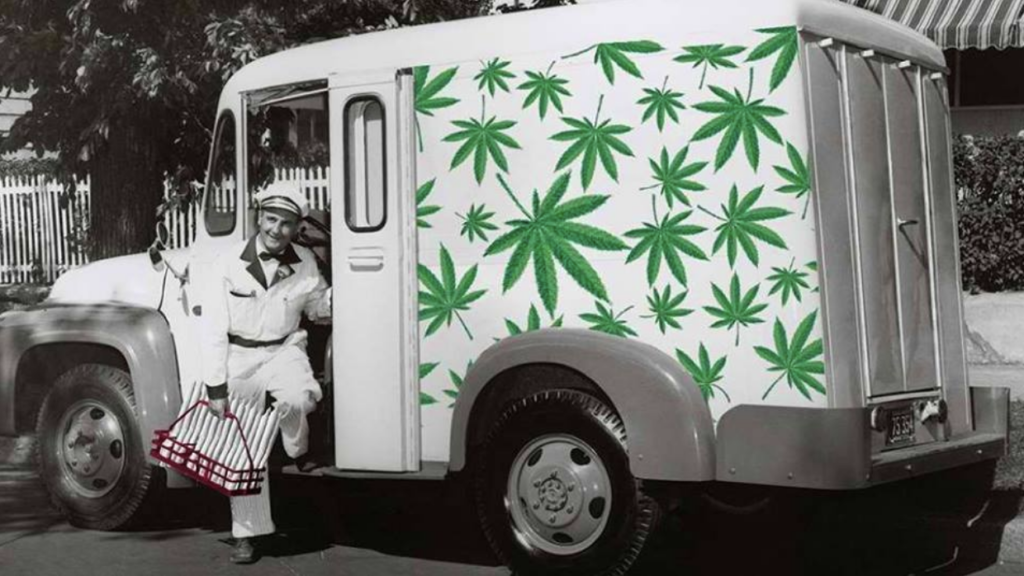 Back in the day, when many of the misconceptions were being distributed, a man sitting in the bar getting drunk was accepted as the norm. Nowadays, especially if you live in California, you can bake some brownies and watch a movie in your living room without ever leaving the house. This is certainly encouraging to the industry.

That said, whether you are in a Coffeeshop in Amsterdam, or getting a M.O.C delivery to your door, it’s all good, even if you say “Thanks dude,” to the delivery man. So stay chill, keep smiling and keep the creativity and good energy flowing.