The T. Reynolds Co. presents THE SLEEP EATERS (a documentary)©. This is an independent feature film that was produced in the year 2000 and never exhibited due to the loss of the original negative. It has been recovered through digital video technology and is now available only through streaming and download. Thesleepeaters.com

THE SLEEP EATERS (a documentary)© exposes to the light of day for the first time the underground sport of sleep eating – a sport that had been kept in the shadows for over twenty years. It was not until the Honey Nut Candy Company’s sponsorship of the World Championship, at the advent of a new millennium, that the International Sleep Eating Federation (ISEF) finally agreed to introduce the sport to the public. 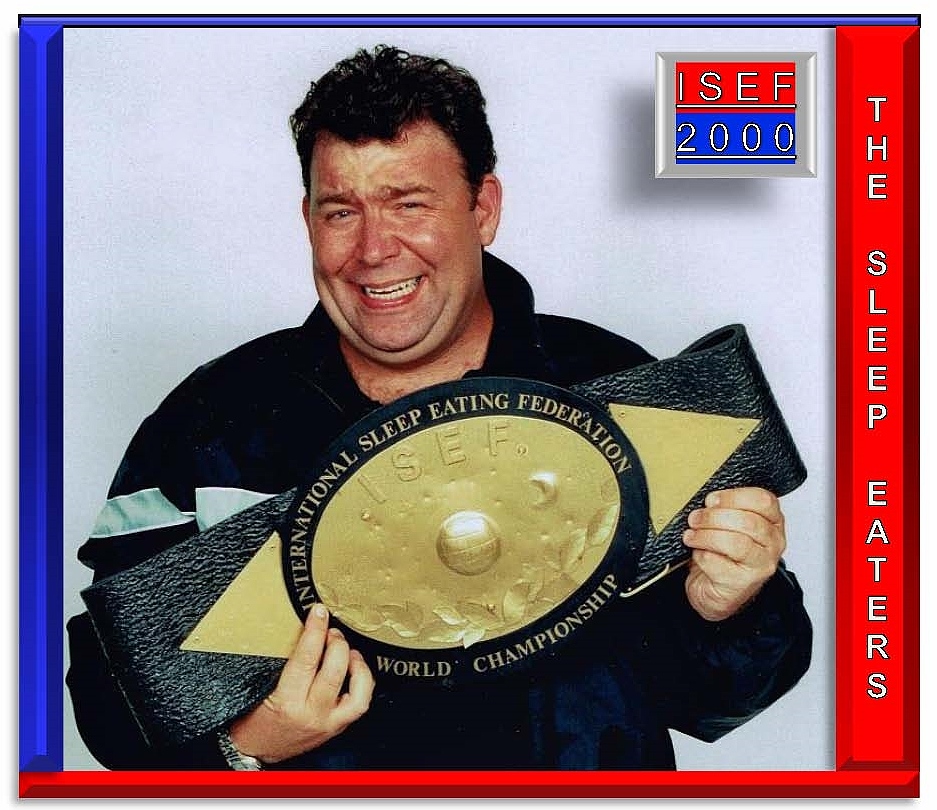