Desmond Lamar Sumpter; known as his rap name Kyng KD. Is an American Hip-Hop artist born and raised in Durham, North Carolina December 8th 1992. KD moved to Charlotte, North Carolina to pursue college. He developed his smooth flow and creativity for music after he graduated from college in 2015.

After graduating from Johnson C. Smith, KD took his career a lot more serious than ever before. KD started a clothing brand with partner Aaron Lee called Kyngsonli to help build his career in full circle. A clothing line built to help promote his music desires and gain more attention and followers. KD has been successful on YouTube and Spinrilla, with his first big record was “Jump off the Porch” featuring Bee Suede. This record received over 2 thousand views in just 2 weeks. Kyng KD YouTube page is off the charts by racking up multiple videos month after month.

Kyng KD stood consistent with his music in his first year of being an artist. Media outlets were reaching out about his remarkable music. September 30, 2016 Kyng KD released his first solo Mixtape called “Unexpected” on iTunes, Spotify, Shazam, YouTube, Spinrilla, and Tidal. This Mixtape was by far his best work so far. It received over 5 thousand views within the first the week. KD is not just an artist; he’s an entrepreneur, designer and mentor. He helps other artists with music and more under Kyngsonli records. That also help create the buzz and show how serious Kyng KD is and going to be within his career and others behind him!

In conclusion, KD is to be taken serious! With the success of his last single “Dripping” featuring Kyng Huncho on that “Unexpected” album out now! We started touring surrounding cities to promote tracks and perform. That help with the release of “Kyngs@XII” which is on all digital platforms right now. 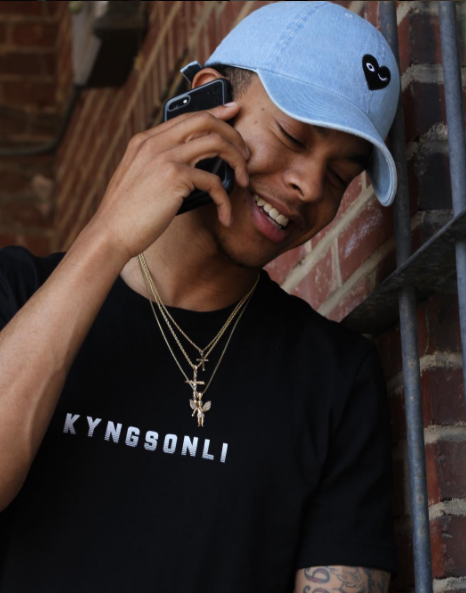