Solo Project “Book Me For a Show”

Trap Artist Shows True Potential in Latest Release. Mucho Dinero is a rising artist with a promising future ahead. He discovered his talent for rap after collaborating with his brother, E-Weez, on single “Like to Dab.” This summer, he releases a brand-new mixtape, “Book Me For a Show.”
“Book Me For a Show” is Mucho Dinero’s first solo mixtape. His previous project was a mixtape entitled “Trapping and Dabbing,” in which he collaborated with E-Weez as music group MB. Through its impressive trap beats and club bangers, “Book Me For a Show” showcases Mucho Dinero’s growth and passion for music. The name for the mixtape comes from Mucho Dinero’s high-energy stage presence. He hopes that listeners will realize his potential and will want to “book him for a show” right away. The mixtape also features artists E-Weez, Larue the Great, Lil Tay, and QUÈ and producers Wade and Nixxo. 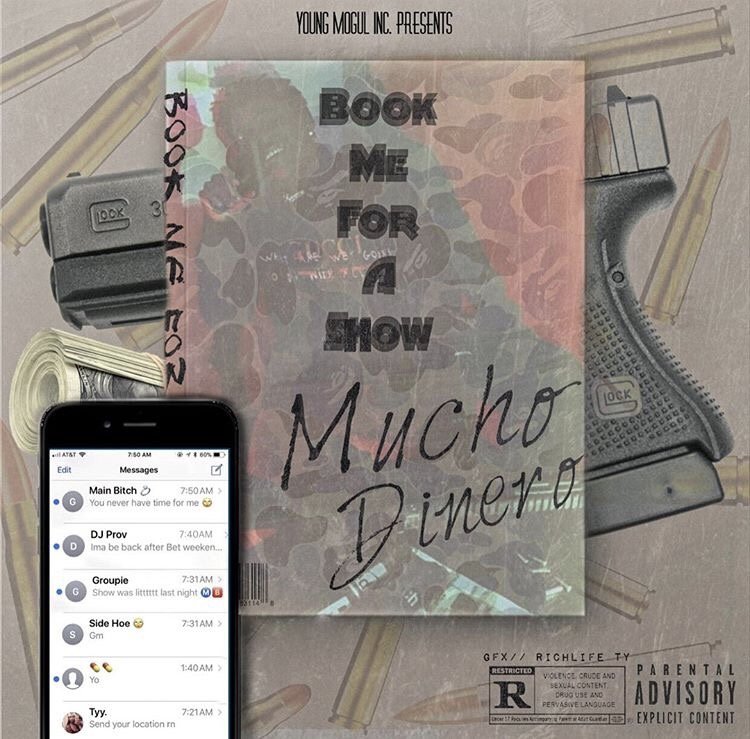