One man fights back with cops in Romania

Tens of thousands of protesters rallied against the ruling Social Democrat (PSD) government in cities across Romania including the capital, Bucharest, where riot police fired tear gas into the crowd and hundreds were left needing medical treatment. The protests were organised and promoted by groups of Romanians working abroad, angry at what they say is entrenched corruption, low wages and attempts by the PSD to weaken the judiciary in one of the European Union’s most corrupt states.

Cop hits me, me hits cop. from Revolution on Vimeo. 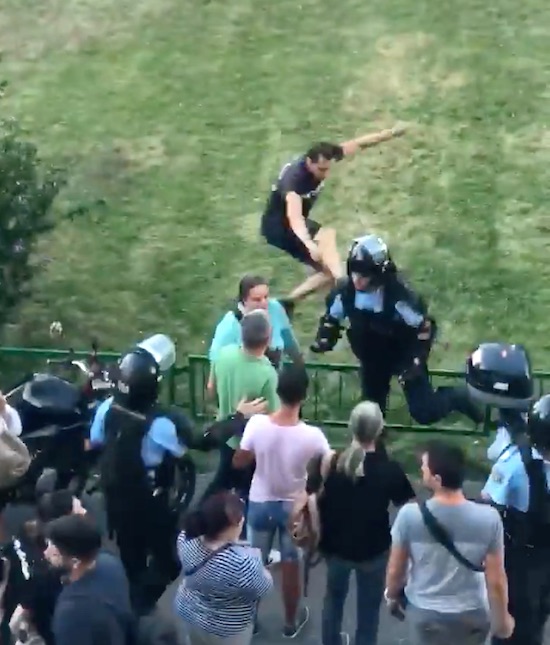