Nipsey Hussle and his crew were apparently trying to bypass a set of traffic cones because the rapper was in a hurry to make a rehearsal for a pre-show performance. In footage of the incident filmed by a witness, an apparent security official can be seen batting a cone out of the hands of a man in Hussle’s company. Almost immediately, the rapper turns to the guard and slaps him in the face. 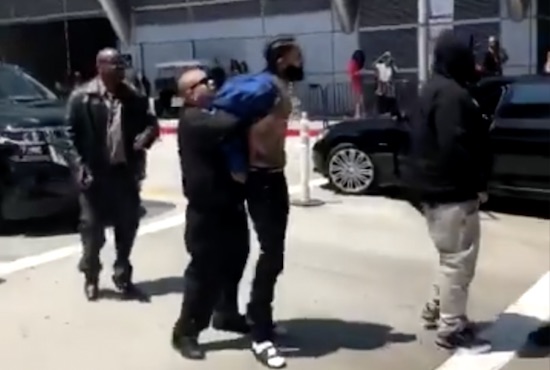