We interviewed Neon Dreams, a band that defies genre pigeonholing, as they draw freely upon pop, rock, EDM, hiphop and reggae elements, integrating and blending them in seamless and thrilling fashion. They have rapidly emerged as one of the brightest new stars on the Canadian music horizon but their success story has long and deep roots.

They first made an impact on Canadian radio in 2016 with their breakout single “Marching Bands,” featuring Kardinal Offishall. Certified gold, the smash hit brought Neon Dreams victory in the Best New Group or Solo Artist (Dance/Urban/Rhythmic) category at the 2017 Canadian Radio Music Awards in Toronto, beating out prominent nominees Tory Lanez and PartyNextDoor. They charted Top 40 twice more in 2017 with their follow up singles “Find A Way” and “Confessions”.

Winning new fans with every high-energy show they stage, their performance prowess has earned them coveted spots on the summer festival circuit and opening for hot acts such as The Chainsmokers. They now set their sites on a 16 date headline tour of the US including a Denver stop at the famous Larimer Lounge. We got a chance to ask the band a few questions about what they have going on. Check outthe interview and get familiar with Neon Dreams, we have a feeling you might be hearing a whole lot more from this promising group!

GEH: You guys have racked up some impressive accolades these last few years, but for those who may not know, introduce Neon Dreams and tell us more about what your music means to you guys…

Neon Dreams: Neon Dreams is Frank Kadillac, Adrian Morris and Matt Gats ! We’re a three piece electronic pop group with rock and reggae influences. Our music to us in introduction of a new sound that’s a fusion of all the genres we’ve played in different bands over the years from rock to edm to hiphop to pop to reggae. We just love breaking the walls of genre’s and making music that we feel both in the studio and on stage.

GEH: You must be excited to be on your first major US Tour, what’s been the highlight so far?

ND: So far the coolest part of this tour is most of us haven’t been to these cities and exploring and discovery is one of the coolest aspects of our careers.

GEH: Any stops in particular you’re looking forward to?

ND: Any city or town we haven’t been to is what we’re most excited for ! New places, new faces.

GEH: You’ve opened for some huge acts and festivals, what’s different about your performances now that you headlining this tour?

ND: This tour is very different to us because I don’t think a lot of people in America have been introduced to our music before, so reaching out to new potential fans and also learning of some of the bands opening up is awesome.

GEH: What is it in your opinion that has brought Canadian music to the forefront of Urban & Pop music worldwide?

ND: I think Canada just has a lot of talent and with the building of the online music community in the past couple decades it’s broken down a lot of the barriers between borders. The world is finally getting discover what we have to offer

GEH: You guys first hit the world stage in 2015-2016 with a string of hit singles, but you’ve been around much longer than that, what did the early years of Neon Dreams look and sound like compared to now?

ND: Our sound starting out was VERY EDM focused. We were writing tracks with a focus on big production and face melting synths, not on having strong melodies and lyrics. We really wanted to focus more on writing songs that were timeless and not just what style of production is hot in the moment.

GEH: What propelled you guys to the level where you were suddenly collaborating with artists like Waka Flocka etc.

ND: I think around that time people started taking notice in what we were doing. At that time we were still doing the big room EDM thing but it caught peoples ears because of the combination of live instrumentation. I think some of those collabs stemmed because artists seen we were doing something different.

GEH: We’ve heard you’re working with Nat from 30h3! on some new tracks, how did you get connected with him?

ND: Our collaborations with Nat began on our EP “Wolf Princess and Me” with the track Deep Water. We felt the chemistry was so strong in the studio that we had to continue to write together.

GEH: You just dropped a brand new single “Shape of my mind,” a few days ago, what does the record mean to you guys?

ND: Shape Of My Mind is actually another co-write with Nat ! For us it’s a step into a new world of exploration for us for our music and it was one of those tracks that just made sense to everyone immediately. Those tracks that you feel the spark with, right away, always end up being something special.

GEH: What artists or producers would you like to see yourselves working with in 2018 and beyond? Anything else exciting in the works?

ND: We’ve always wanted to work with Cirkut ! He’s a producer based out of LA who’s actually originally from our hometown in Halifax. Someone that inspires us but also represent where we come from.

GEH: Thanks for taking the time, any last thoughts or shout outs?

A big shout out to our producer Corey LeRue ! We just started a label alongside him which he’s representing at as the president of Dreaming Out Loud Entertainment. 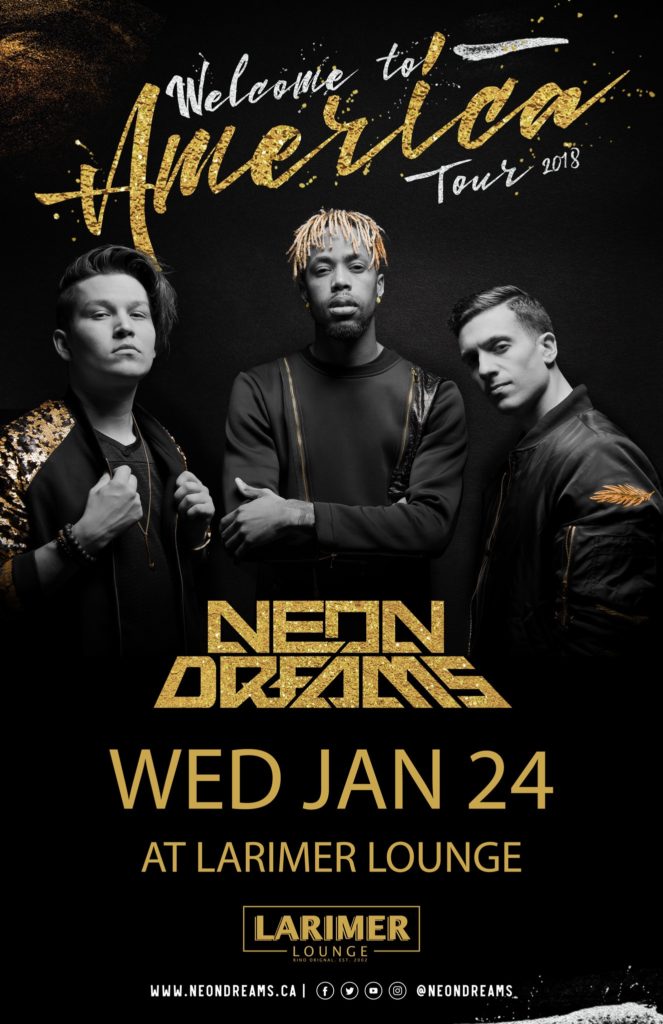