We caught up with Kyle of up and coming band Aztec for a Q&A session. Check out our conversation below and look our for more from Aztec in the near future!

Get Em High: What artists have had the biggest influence on your music?

Kyle: Way too many to mention but I’d say top three would likely be, All Get Out, Manchester Orchestra and The Weakerthans.

GEH: Who were some of the other artists and producers involved in making the project?

Kyle: We tracked 80% of the instruments and all the vocals at our studio. After that the tracks were mixed, edited and put together by Nathan (All Get Out) then mastered by Kenny at Archer Avenue. The drums were recorded at a friend’s studio in town.

GEH: What makes you different from other artists today?

Kyle: Generally speaking we tend to change our socks a little less than most bands…we’re just not sure if that’s really been part of the magic overall…or just like, the way it is.

GEH:  What are some of the challenges you face as an independent artist today?

Kyle: Main Challenge is exposure on a larger scale, but that’s all a part of the process. Other than that it would be the little things like trying to make band members schedules line up for touring etc.

GEH: I know you just released ‘Black Art and Star Charts’, tell us about making that project come to life & what can fans expect next?

Kyle: Yeah, making BA&SC was really fun. We went in to writing it with a more focused mindset and used a lot of lessons we learned from recording our first EP (‘Stitches’). Basically we wrote and demoed like 12ish songs and then picked the 5 that best worked together as a whole. As for what people can expect next. We’re writing for what I hope ends up being a full length, working on some new merch and also getting ready to film a new music video.

GEH: If someone could only listen to one song off of the album, which one would you want it to be, and why?

Kyle: That would be Wind Tunnel. I’m just really happy with how it turned out. It has something for everyone.

GEH:   What other artists would you like to work with in the future?

Kyle: There are way too many, Jesse Lacey, Keaton Henson, Andy Hull, John Samson, the list goes on.

GEH: Where do you see your career heading in the next few years?

GEH: Thanks for the interview, any last words or shout outs?

Kyle: Both our albums are going to be free to download from our bandcamp starting Dec 23 until Jan 23.  http://www.aztectheband.bandcamp.com 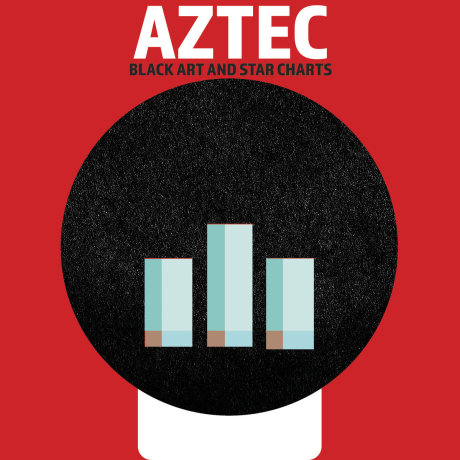