We caught up with rising Orlando based artiss Ace Beretta to talk about his career and upcoming plans. Check it out!

GEH: Tell us a little about yourself and your career.

Ace: I started making music my senior year September of my senior year in High School dropping my project Field Music receiving around 2,000 downloads. Building up my fanbase in my hometown Wichita Kansas I felt like moving to Orlando after graduation was key. I moved to Orlando in August not knowing a soul and started making moves on my own. It was DEFINITELY a struggle at first being the guy but for the most part Orlando really started fucking with me. I had a song in September named “All Day” that received a few radio spins which brought me to this guy named Roko Da Riddla who changed my life. We ended up doing a song call Pretty Penny that received 8,000 + views in 2 days back in December and that really set the tone as far as my presence in the O. As far as for 2016… Man 2016 has been a crazy year for me. I just finished my Mini Tour, I performed at SXSW, I recently dropped a song called “Beast” which premiered on weruntheunderground.com which is a Major Blog. For the most part I’m working on my brand, setting up bigger things that will take me to the next level.

GEH: Who are some of your biggest influences in the Industry?

Ace: My favorite rapper is J. Cole. When I started getting my buzz I went to see J. Cole live and immediately realized this is what I wanted to do for a living, but if I had to chose one that really stands out to me is Lil wayne. Growing up literally all I seen and heard was lil wayne.

GEH: What makes you different than other artists today?

Ace: My story is different… Where I come from is different… Its not too often you hear about a kid from Kansas doing his thing. I also dont want to just grow as a rapper, but I want to grow as a artist. I have been taking singing lessons, teaching my self how to play the piano and I have been studying song structure as well.

GEH: What’s the hip hop scene like in your city?

Ace: LIT very LIT. Orlando is definitely the next city to pop. Its always good to see my brothers working hard and getting the acknowledgment they deserve with blog placements and radio spins. I travel a lot, but theres something different about being in Orlando.

GEH: What would you change about music / rap today?

Ace: The publicity… Hip-Hop use to be almost secret and more about the music business. Nowadays I feel like you can be half the musician if you care to entertain the world on social media.

GEH: Tell us about your upcoming project and plans for the year.

Ace: I’ve been working on my Ep Jordan Of My Generation |JOMG| for the most part. I’ve been taking away and adding different things as I go but I also have been constantly updating my flow and working on New singles everyday and songs for future projects. I’ve also been doing a lot of features and a lot more shows as well. I just got back from SXSW in Austin, Texas and I had a blast. Plan to see more shows and more events from my team and I this year.

GEH: How is the new project different from your others?

ACE: Being an artist is about constant growth. The challenge we had coming up on my new Project was how do I tell a story that has already been told a million times. I have been meeting up with industry producers working on different sounds trying to keep my fans guessing on what new sound is next.

Ace: Shout out to the Wichita Kansas… Thats hometown, I always feel the love from my core fans. Also shout out to my agent Al and IVMM marketing. Most importantly shout out to God for giving me this gift of music. 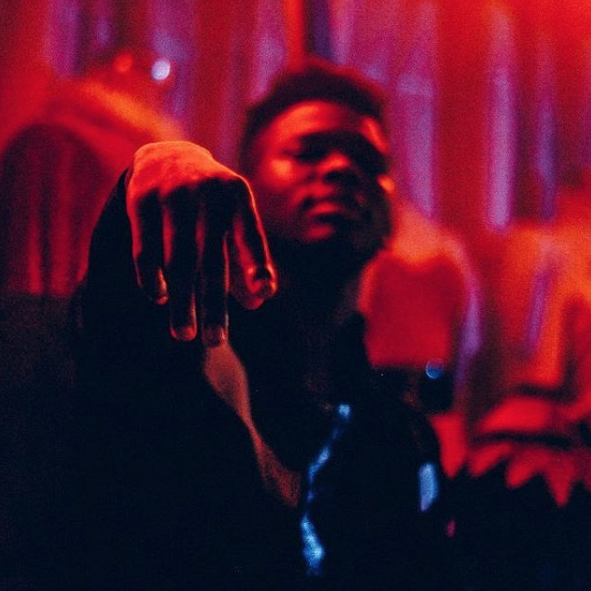