A livestreamer named Scuffed Justin Carrey films multiple guys getting knocked out by a skateboard in a fight on Hollywood Boulevard. If someone asked me what the “wrong neighbourhood” is, Hollywood would probably be my last guess. People online are calling it a criminal cesspool though. So there ya go, you live and you learn. 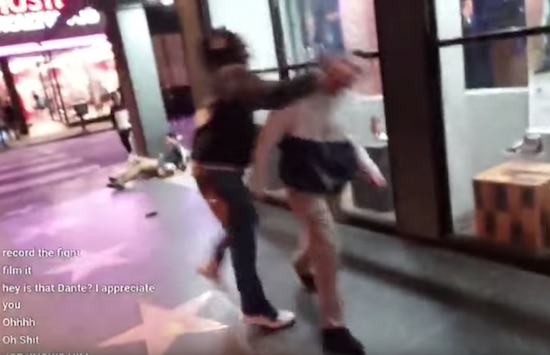