Directed by Nick DenBoer and Kenny Hotz, the video is shot at deadmau5’s very own abode, where a wild party has broken out. Mouse heads are rampant, as intense dancing ensues and glittery farts and poops decorate scene after scene. This mau5ville: level 1 album will come as the first of several levels of unreleased music that will be released over the course of the next few months. 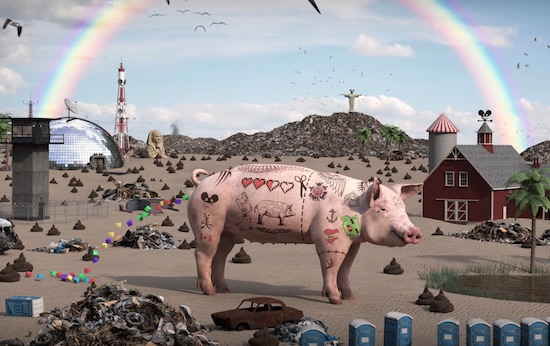