Trump supporters destroy signs saying “America Is Already Great” and “God Bless President Obama”. The incident happened Monday night, January 4, at the rally in Lowell, MA. The two gentlemen in the video were holding signs while sitting in their seats—not blocking views or otherwise antagonizing the crowd—they were causing no disruption. They quickly found themselves overwhelmed by the crowd, and kicked out because, according to one police officer: “[The crowd] wants you gone.” 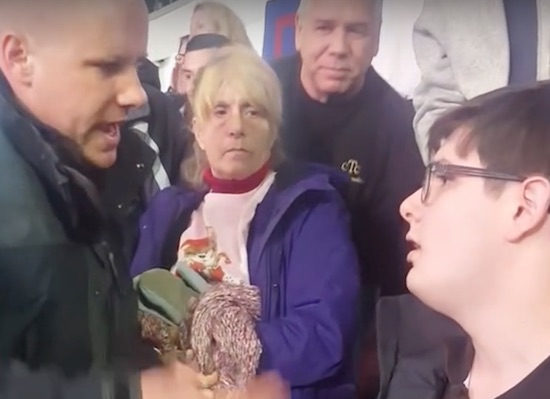