Unless you’ve been holed up in a doomsday bunker since the 2016 elections you’ve probably become a fan of Grammy Nominated artist/producer Anderson .Paak over the last few years. He’s refreshingly original, and his raspy vocals, unique melodies, and sharp lyrics make him a rare and unpredictable triple-threat. Not to mention, he’s worked with all your favorite artists including Kendrick Lamar, Dr. Dre, Schoolboy Q, Tokimonsta, Mac Miller and many more. His debut and sophomore albums Venice, and Malibu, were nothing short of amazing, and now he’s getting ready to hit the road in support of his recently released third album, the Dr. Dre produced Oxnard. The new album showcases the Los Angeles artist’s growth as he successfully experiments with even more organic instrumentation inspired by disco and funk influence. Not to mention the album is stacked with an all-star lineup of guest appearances including Kunk Fu Kenny himself as well as Snoop Dogg, J.Cole, Q-Tip and Pusha T. Heads should look out an uncredited appearance (depending where you look) from one of our favorite rising artists, Portland’s own The Last Artful Dodgr.

Andy’s Beach Club World Tour is heading to select cities around the globe, and our humble hometown of Denver Colorado is lucky enough to be one of the 11 stops in North America. Going down at the legendary Fillmore Auditorium on Denver’s infamous Colfax Avenue, Anderson will be performing with his incredible band, The Free Nationals, as well as opening act Tayla Parx. We’re stoked to hear Anderson perform cuts from the new album, but we hope he’ll dip into the catalog a little too. Regardless, this isn’t the show to miss! The show already Sold Out, so start hunting for second hand tickets if you can, we’ll see you there! Check out Anderson .Paak’s hit single ‘Tints’ featuring Kendrick Lamar below, and keep an eye out for our photo recap after the show. Yes LAWD! 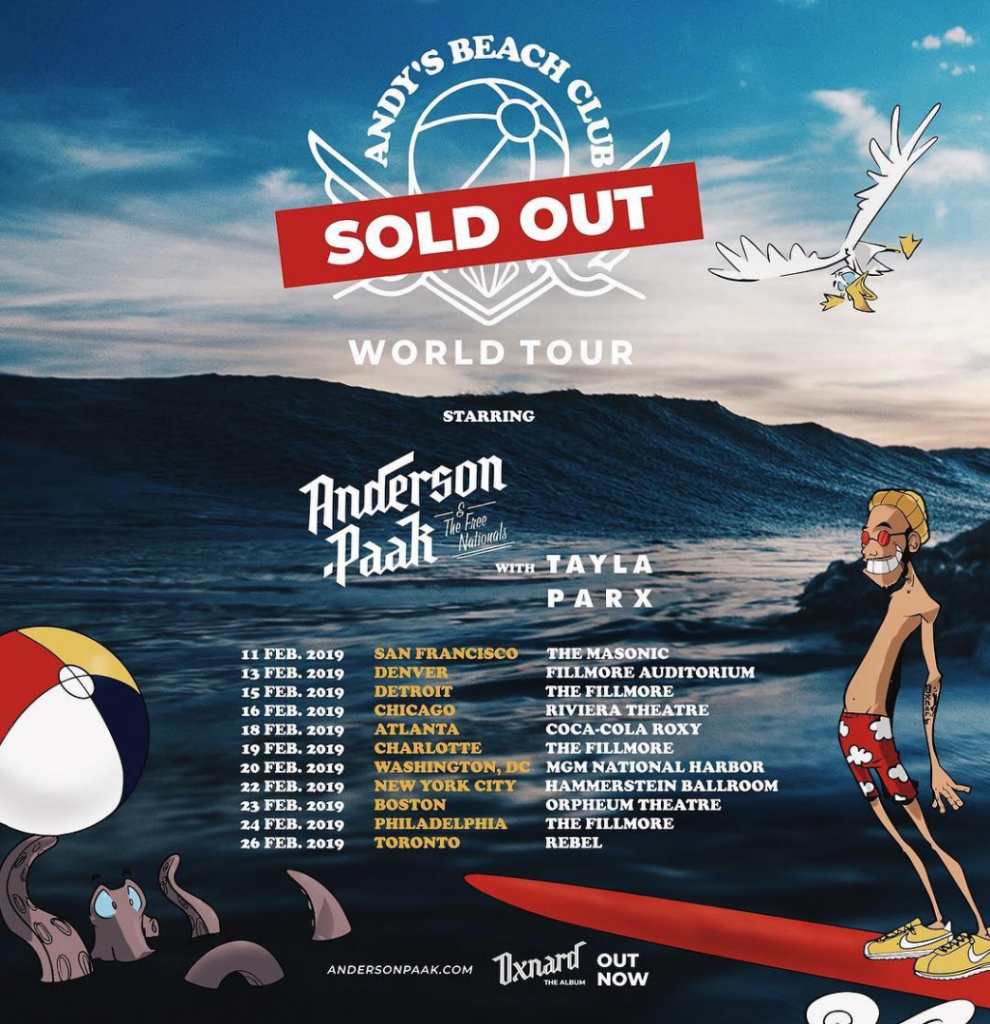